Assessment of the biodiversity, economic and productivity gains from exclusion fencing (WA)

Rangelands account for over three quarters of the Australian landmass. They are biologically diverse and economically important. However, livestock production in the rangelands faces several significant challenges.

The current situation in the southern rangelands of Western Australia is representative of issues in small stock production rangelands across Australia. The presence of wild dogs and artificially enhanced populations of native and introduced herbivores act to limit production and enterprise choice.

This is of particular concern in the southern rangeland of WA where there are few other enterprise choices other than small stock. Landholders are currently investigating and implementing options to allow them to develop sustainable enterprises. These include: wild dog fencing from paddock (~20,000ha) to large cell (88,000km2) scale; manipulation of water availability to direct stock; and implementation of established and new pest control measures at landscape-scale.

Second , it aims to assist landholders by assessing viability of increasing small stock production through manipulating predation and herbivores using active predator control, fencing and water availability. To address these aims the project will determine changes in density of introduced predators (primarily wild dogs and cats), native and introduced herbivores in response to fencing, predator densities and water availability. It will also identify how changes in predator and herbivore density in can be practically utilised by landholders to improve small stock production and native biodiversity

To address these aims the project will determine changes in density of introduced predators, small stock, native and introduced herbivores in response to fencing, predator management and water availability. It will also assess the economic implications of these landscape-scale management approaches on the economic viability of individual livestock production enterprises..

Tracey is a wildlife ecologist who has being researching for over a decade. Coming from an academic and government background Tracey is a versatile researcher who has worked with a range of native and invasive species in conservation and agricultural environments.

Tracey completed her honours and PhD on endangered mammals and tree declines at Murdoch University, Perth. Tracey has also worked on a range of wildlife species whilst a fauna conservation officer with Department of Biodiversity, Conservation and Attractions for many years. More recently, Tracey was a post-doctoral researcher at Murdoch University  investigating wild canids and their impact on agriculture. This research looked at land holder canid control practices, bait efficacy, guardian animals and learned aversion behaviours around wild dogs, feral cats and foxes.

Currently, Tracey is a research scientist with the Department of Primary Industries and Regional Development focusing on wild dog management in farming and pastoral areas. Her research investigates a range of management tools from fencing, canid pest ejectors, non-lethal deterrents to using whole system approaches. Whilst in the Department Tracey has also been involved in feral pig management, thermal imagery and industry engagement.

In 2020 Tracey will travel to South Africa as a Winston Churchill Fellow to investigate predator management in agricultural and farming contexts. 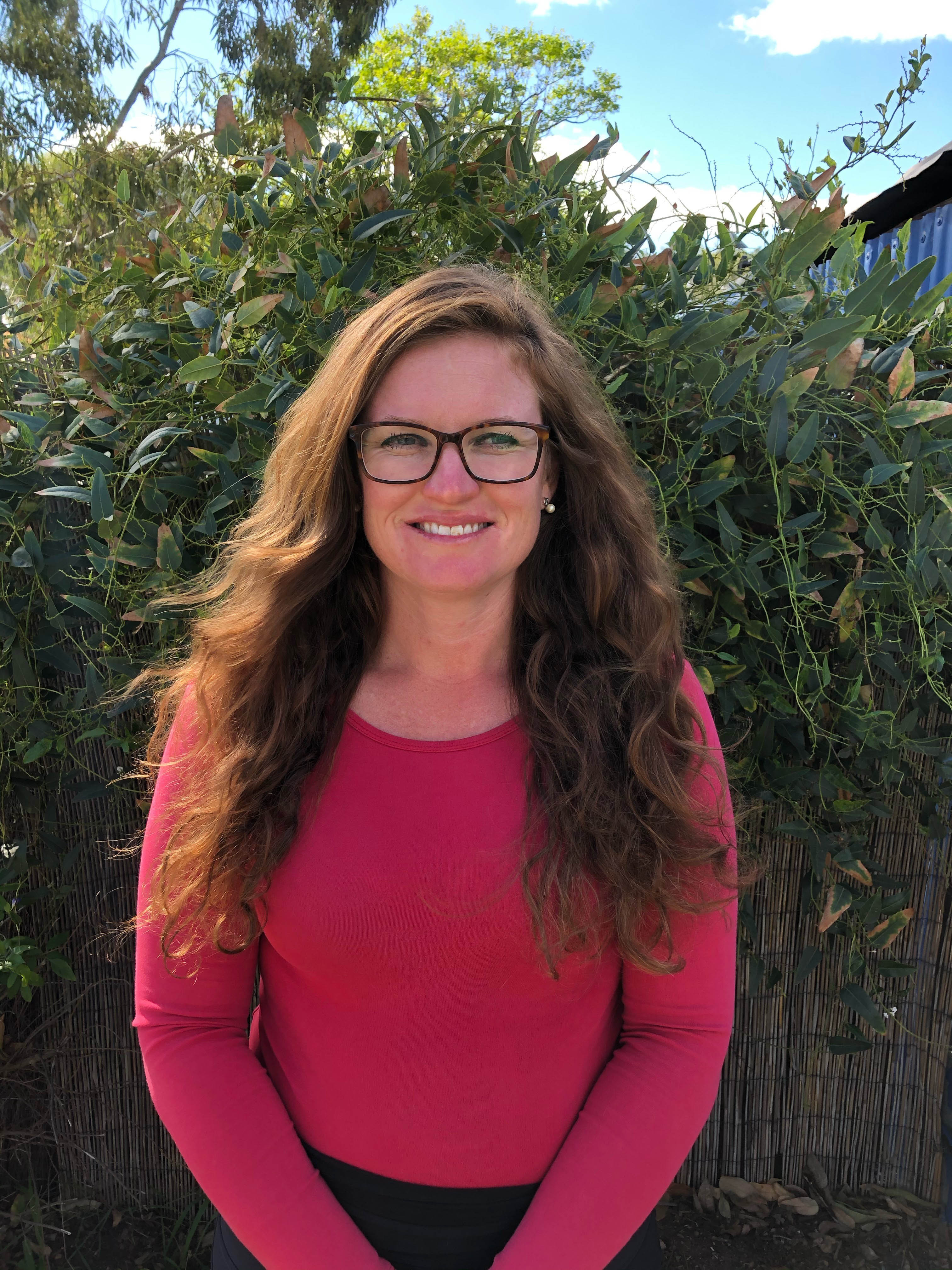 Data collection within the two Murchison cell fencing projects is on-going. Wild dogs continue to be absent from the smaller cell fenced area but present in the larger MRVC. A lack of rainfall has resulted in small stock being removed from the small cell fenced area and therefore the tracking of small stock has finished for now. Bioeconomic modelling of the impact of cell fencing to pastoral enterprises has commenced with the commencement of data sharing agreements with state government bodies, and interviews of individual pastoralists.

Investigations into livestock productivity in relation to wild dogs within the Murchison cell hub as it is being built is underway. Management options for wild dogs (CPEs) and monitoring livestock and wild dog abundance at all water points will be analysed. As the cell-fencing is completed, small stock will be tracked, and their activity monitored.

A two-year assessment on the use of CPEs and eight different lures for wild dog control in the Murchison Region Vermin Cell (MRVC) was completed. This study included the first trial of CPE PAPP capsules in the state. CPEs managed more wild dogs in the southern rangelands than baiting but they are a more time-consuming method of control. A new baiting program has commenced to deploy a higher rate of baiting within the Murchison Hub Cell (MHC) to effectively remove all wild dogs from within the smaller cell fenced area. Ongoing monitoring of the livestock, wild dog, and macropods within the MHC is already showing some increase in productivity.

A post-doctoral researcher has commenced, and the PhD student is scheduled to begin field work in April 2020.

Investigations into livestock productivity in relation to wild dogs within the Murchison cell hub as it is being built is underway. Management options for wild dogs (CPEs) and monitoring livestock and wild dog abundance at all water points will be analysed. As the cell-fencing is completed, small stock will be tracked, and their activity monitored.

A journal article is currently being prepared based on the findings of a completed honours project, focusing on camera trap surveys for both predator and prey species.

A PhD candidate has begun their tenure, including planned field visits and completion of a literature review and project proposal in January 2020. The candidate is also assisting with CISS project Behaviorally effective wild dog management. A possible second honours student may also be recruited examining bait uptake by wild dogs in a small-scale, established fenced enclosure on the Nullarbor.