Digital mobile technology can greatly enhance biosecurity and the productivity of agricultural systems to maximise industry, community and environment benefits for landholders and the community. This project will facilitate community adoption of digital technologies including PestSmart and FeralScan community pest monitoring technology (with mobile Apps), and enhance this with community networking resources to ensure community and landholder needs remain front and centre of our organisation’s business. The project will focus on

Peter is a Senior Research Officer and Invasive Species Officer (Engagement) within the NSW Department of Primary Industries, in Orange. He has 20 years’ experience in invasive species research and wildlife management. He is a national facilitator and project leader for the Centre for Invasive Species Solutions, working to empower communities, develop community surveillance technology, support networks, build community capacity and design citizen science programs to involve community in invasive species management. He recently received a prestigious national Banksia Award for innovation in citizen science. 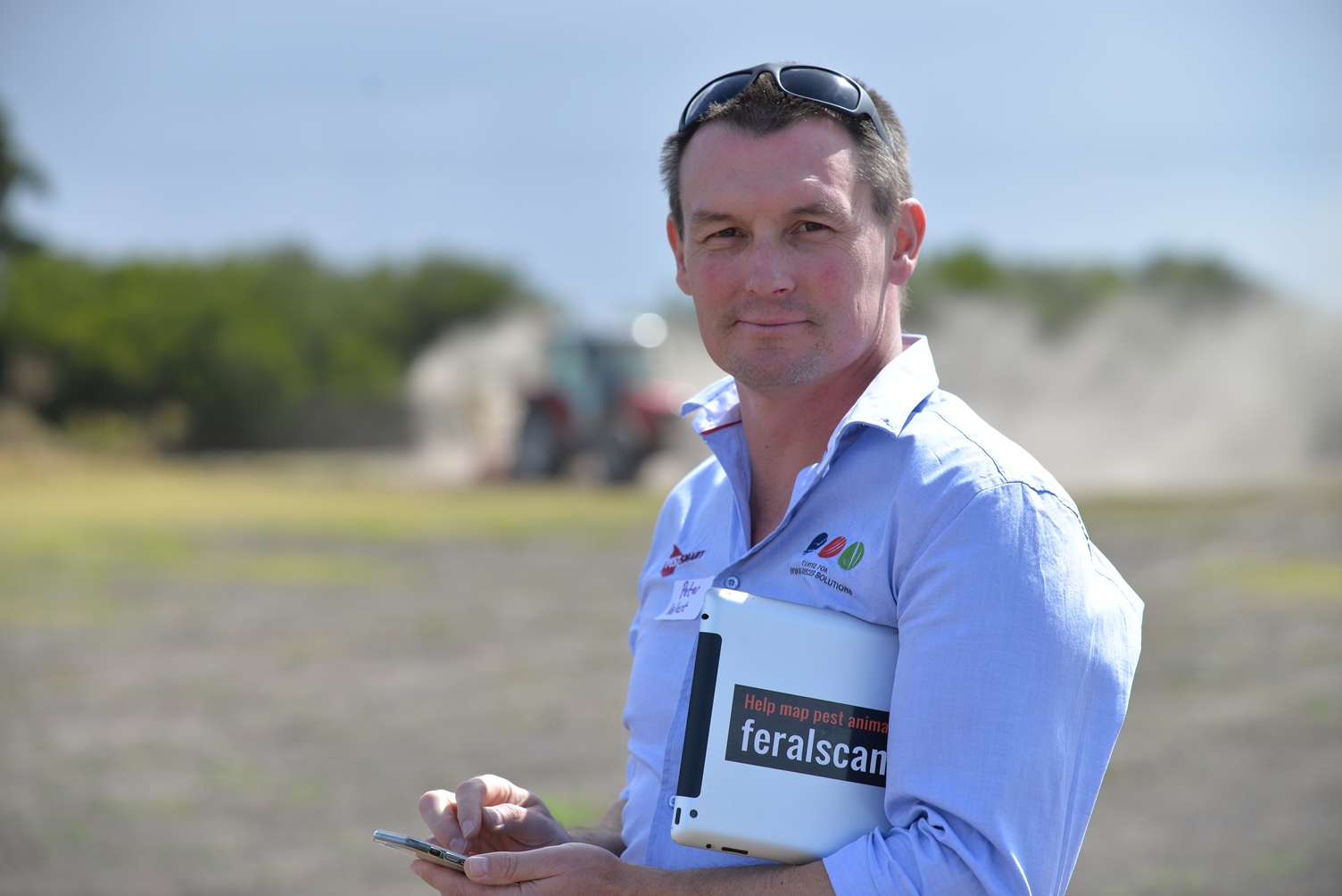 This project receives funding from the Australian Government Department of Agriculture, Water and Environment

The FeralScan community mapping program now has over 25,000 online users, of which 19,176 are registered. The resource now hosts more than 213,000 records of pest animals, pest problems and control actions coordinated by landholders and community groups Australia-wide (Table 1).

The number of community groups now set up within the system who can share information with each other to ensure they make the best strategic management advice for their region and area. There are now 449 groups across Australia set up to do this, which combine farmers, land managers and government staff.

Adoption of FeralScan has reached new milestones, with the number of users doubling since July 2017 to a total of 23,818 users. A preliminary survey of user groups has produced summary data on usage behaviour and recommendations for future upgrades of FeralScan. Upgrades have been made to FeralScan software including:

Software updates now allow the use of FeralScan on remote islands. A prototype dashboard enables charts and tables to be developed as an interactive co-created service for stakeholders. A prototype of a new incursions reporting platform will be tested in NSW for Red-eared slider turtles and American corn snakes, to promote public reporting of these animals. FeralScan adoption rates have continued to increase, including user registrations, pest records and new groups.

FeralScan has achieved significant milestones over 2018, including:

A national CarpMap website and Questionnaire survey was also designed and deployed in partnership with CSIRO and Fisheries Research and development Corporation (FRDC). This was launched and is available from www.carpmap.org.au. Results include completion of the Survey by 600 members of the public.