Home > Research > Proof of concept for genetic biocontrol in vertebrates

Proof of concept for genetic biocontrol in vertebrates

Gene drives, based on the “CRISPR/Cas9” genome editing system, have been hotly debated in recent years for their potential to control invasive pest species.

A new concept has now emerged known as the “self-stocking incompatible male system” (SSIMS), in brief genetically modified male and female fish are engineered and released to only generate male offspring themselves (and hence are self-stocking), however when they mate with wild-type pest fish in the waterway the offspring are not viable (hence incompatible reproductive characteristic).

This project will use zebrafish (Danio rerio) as a model species to design, build, and test the genetic components necessary to successfully apply SSIMS to pest fish populations. This will involve engineering, in effect, a speciation event in zebrafish so that mating between the engineered strain and the wild-type results in non-viable offspring.

The results from this project will support the approach of optimising the equivalent genetic systems in other vertebrate animals.

The objective of this project is to develop and assess two functional genetic components that will then be brought together to demonstrate the proof-of-concept of this genetic biocontrol technology. The findings will be compiled into a whitepaper to further stimulate future directions and discussions on genetic technology development for invasive species control.

Mark began his career in the UK in the early days of gene cloning as part of the team that studied vaccines for malaria (Holder et al, 1984, Nature). He came to Australia and CSIRO following the impact of postdoctoral bringing over technology to identify the bacterium that causes the wasting disease of cattle and sheep known as Johne’s disease.

New opportunities in CSIRO allowed to explore the emerging field of RNA interference and microRNA biology. His group was the first to catalogue the microRNA repertoire of the chicken (Glasov et al, 2009, Genome Research), a model system in which he later developed a novel approach to tackle bird ‘flu. As the new era of gene editing began his lab has lead the way with new approaches to disease control in poultry and an interesting spin-off, a new method to remove males from the egg-layer industry without having to hatch and cull day-old chicks (the current practice). Many of these development, though called for by industry, are yet to go into practice, as industry and the public grapple with what GM and gene editing mean in an animal food context.

With the advent of “CRISPR/Cas9”, and the ease of applying gene editing in poultry, Mark has broadened his horizons to take a look at how these techniques might be applied in the genetic control of vertebrate pests. His current interests are in gene editing in the cane toad and exploring the possibilities of the new gene drive technology for fish and rodent pests. 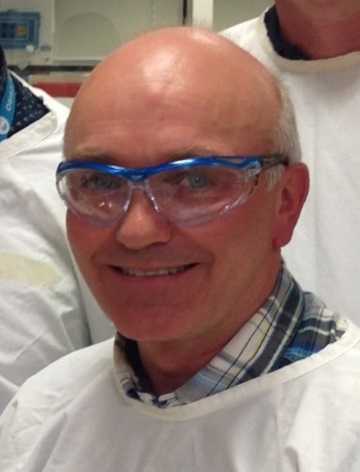 This project receives funding from the Australian Government Department of Agriculture, Water and the Environment.

A gene promoter has been selected to drive the desired expression as well with the aid of a collaborator several targets, genes and promoters have been identified that successfully cause lethality during embryo development and hold the potential to prevent female embryo development.

The project is currently moving to demonstrate the functionality of the promoter by generating the zebrafish lines to identify correct integration of the gene expression and followed through to sexual maturity of the line to assess inheritance of the genetic trait from generation to generation.