Rabbits have a number of parasites that are specific to them and that can impact rabbit survival through direct mortality, or by impacting on physical condition or potentially exacerbating the impacts of other rabbit diseases such as myxomatosis or rabbit haemorrhagic disease.

This project investigated the potential to use Eimeria as a new rabbit biocontrol agent. Eimeria are intestinal parasites and the two most pathogenic species were previously only recorded in a few isolated populations of rabbits. Eimeria have been shown to reduce the health of rabbits and in some cases to kill them.

This project was part of a national rabbit biocontrol pipeline strategy and a concomitant national program to detect new biocontrols.

The national program used an expert panel and a discussion paper to review recommendations from researchers, literature and a global watch network. Potential biocontrols, including Eimeria, were prioritised for further research based on their specificity for European rabbits, potential impact, ease of importation and humaneness.

This project aimed to determine the distribution and prevalence of Eimeria species across Australia to inform decisions about whether they may show potential as a rabbit biocontrol if not widely distributed.

The project sampled the intestines and faeces of wild rabbits from 26 locations across Australia. The most pathogenic Eimeria species, E. flavescens and E. intestinalis, were more widely distributed than had been recorded previously, being found at 90 and 50 per cent of locations, respectively.

The fact that E. intestinalis was not recorded at half of the locations raises the potential that it could impact the health and survival of naïve rabbits.

An ecologist and author of a number of published journal articles, reports and book chapters, David holds the position of Research Officer with the Natural Resources Management Biosecurity Unit of the Department of Primary Industries and Regions South Australia (PIRSA). David primarily undertakes research on rabbits focussing on improving their control by the RHDV and myxomatosis biocontrols through an ongoing 21 year project at Turretfield in SA. He has also surveyed invading cane toads in SW Qld, mapped rabbit warrens for destruction, undertaken landscape fox control, planned and assisted in the reintroduction of the western quoll (Dasyurus geoffroii) to SA, surveyed landholders about feral deer and helped address numerous other pest animal issues.

David has fulfilled a diverse range of roles throughout his career including Technical Officer, National Park Ranger and Research Fellow. He completed a Bachelor of Applied Science (Wildlife and Park Management), followed by a Diploma in Natural Resources in 1990, and a PhD in 2003 focusing on “The search for a novel toxicant in Gastrolobium (Fabaceae: Mirbelieau) seed historically associated with toxic native fauna”.  An outcome from this PhD research is a current collaborative project to develop a toxic ‘population protecting implant’ to remove predating feral cats and stop them wiping out reintroduced or vulnerable native fauna populations. 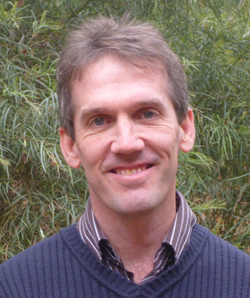