Incursions of invasive animal and plant pests pose severe threats to ecosystems, threatening biodiversity and causing losses to agricultural productivity.  Early intervention against new pest incursions that eradicates the pest before it become established represents some of the highest benefit/cost investments in biosecurity policy. Once a decision is made to initiate eradication of a pest, managers are then faced with decisions about how and when to proceed. At the other end of the scale, once eradication appears to be successful, and the pest is no longer being detected, a decision must be made about whether to stop the eradication program and declare success. In practice, these decisions about how to manage an eradication response are usually based on subjective reasoning rather than scientific evidence.

This project aims to develop an evidence-based approach for managing invasive pest eradications. We propose to develop tools, based on decision theory, to help managers develop optimal (cost-effective) decisions during an eradication response. These tools will provide near real-time analysis of data collected during an eradication program, which is then used to make optimal (cost-effective) decisions regarding the deployment of resources.

The overarching objective of this project is the development of new tools/systems for guiding decisions around an eradication response for invasive pests that will improve capability of government agencies to make cost-effective decisions around the feasibility and use of resources. Use of these tools should therefore result in more successful and cost-effective eradications of invasive pests that maximises the economic benefits to industry and the environment.

Dave Ramsey is a quantitative ecologist conducting research primarily related to the population dynamics and management of vertebrate pest species.  After completing his PhD in 1996 he worked for 11 years in New Zealand at Landcare Research working primarily on the population dynamics and epidemiology of bovine tuberculosis in brushtail possums.  During this time he was also a member of the technical advisory group for the New Zealand Animal Health Board from 2005 to 2006 advising on strategies for the eradication of bovine Tb from wildlife. Since 2007 he has been working at the Arthur Rylah Institute in Victoria where I work on a range of wildlife management issues.  He has worked with both The  Nature Conservancy (USA) and Island Conservation (USA) developing structured frameworks for quantifying pest eradication success on offshore islands. 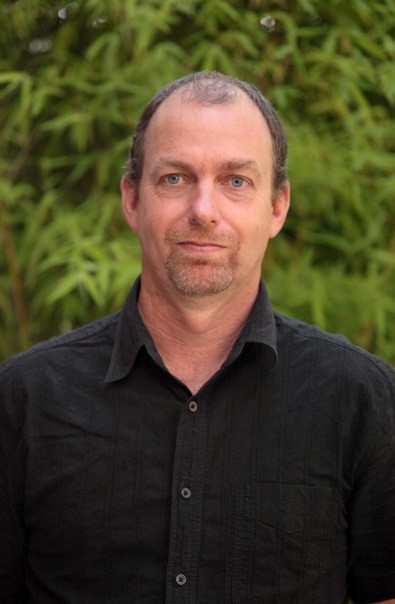 Prototype web-based decision tools for guiding decisions around pest eradications have been completed. Three tools are in Beta testing and are currently available for conducting, initial assessments, progress towards eradication and assessing proof of absence.

Significant progress has also been made on an additional web-based app for assessing the feasibility and cost of eradication. Users input potential scenarios representing different eradication strategies and the app calculates their likelihood for effecting eradication and the likely cost.

The project has developed a prototype web-based tool to undertake “proof-of-absence” confirmation of eradication success. It was road-tested using data provided by New Zealand project partners and a working version should be ready by late 2020. The project also provided technical advice to Biosecurity Qld regarding the Red imported fire ant program, with prototype software used to provide an estimate of optimal amount of ant surveillance required to declare freedom in management zones.

A prototype web-based interface to undertake “proof-of-absence” confirmation of eradication success has been road-tested at a workshop, using data provided by biosecurity managers. The workshop provided valuable feedback for future workshops and improvements for the tool.

The project leader continues to provide technical advice to Biosecurity Queensland and the red imported fire ant (RIFA) program around surveillance and the feasibility of eradication. Prototype software was developed to provide an estimate of optimal amount of ant surveillance required to declare freedom in management zones.

Data analysis of case studies of both vertebrate and invertebrate species is almost complete. This provides enough context to begin development of a prototype software package, which the project aims to have completed in the next 6 months. The software will then be road-tested in a further series of workshops.

The project team has also provided expert advice and analysis to stakeholder groups conducting pest eradication programs nationally and internationally. Biosecurity QLD was engaged to provide advice and technical analyses around the eradication of Red-imported fire ants in the greater Brisbane area.

Development of a user-friendly web-based software interface to undertake ‘proof of absence’ confirmation during the final phase of pest eradication programs is underway. It will be road tested with stakeholders through a series of workshops in the coming year, with the first scheduled for October 2019 in Christchurch, New Zealand. The user-friendly graphical interface will enable stakeholders to analyse their own surveillance data. The prototype of this model will be available for users to upload their data, specify appropriate parameters and run the model.

The project team have started engaging with stakeholders to obtain data on current or recently completed eradications.

They have also commenced initial development of software tools which will be developed over the next 18 months.