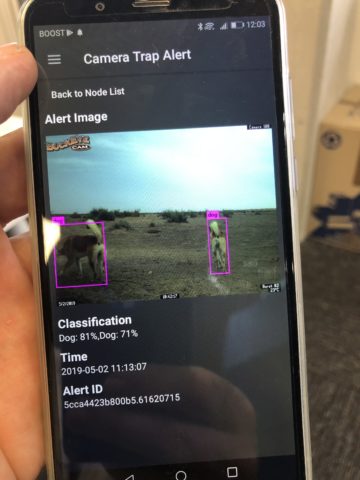 Our Centre has brought together the best minds in Australia to use the latest innovation in digital technology to manage pest animals more effectively – from completely novel formats such as the Wild Dog Alert nodes through to automated gate mechanisms for feral pig traps or feral cat lures.

The project team is a collaboration between NSW Government and University of New England scientists and professional staff, along with contracted professionals who are engaged for their specific expertise.

This unique mix of experts ensures that the aspirations of on-ground practitioners (the technology users) and the specialist technical expertise (the technology specialists) are unified so that practical but robust tools are designed and tested.

There are four innovative projects within the ‘e-technology hub’ which are solely focused on trying to integrate technology and automation into new and existing tools for both livestock and biodiversity enhancement via effective pest management.

The outcome is to create practical and accessible tools for practical people. 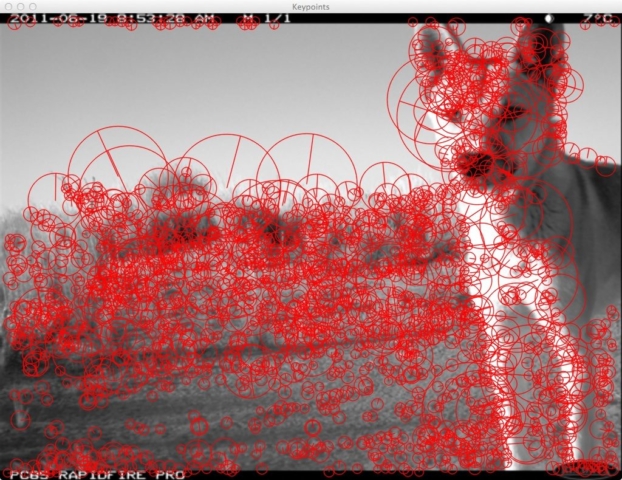 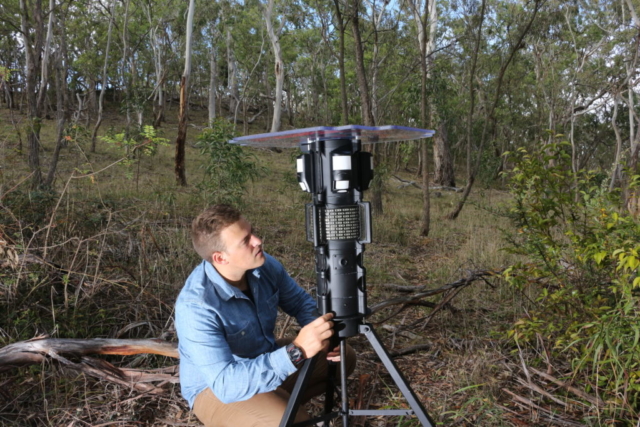 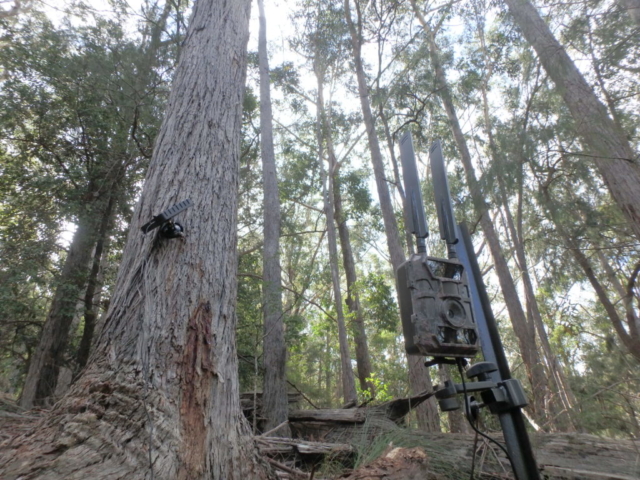 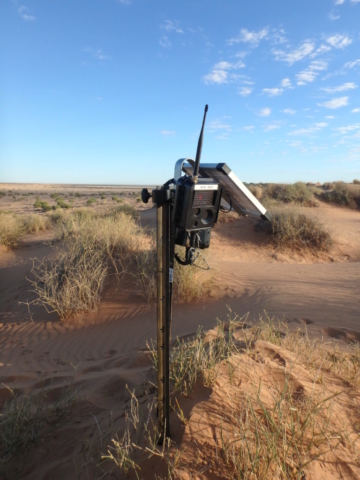 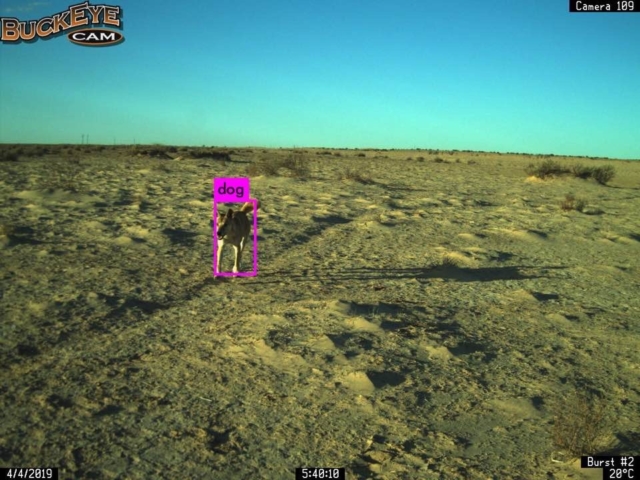 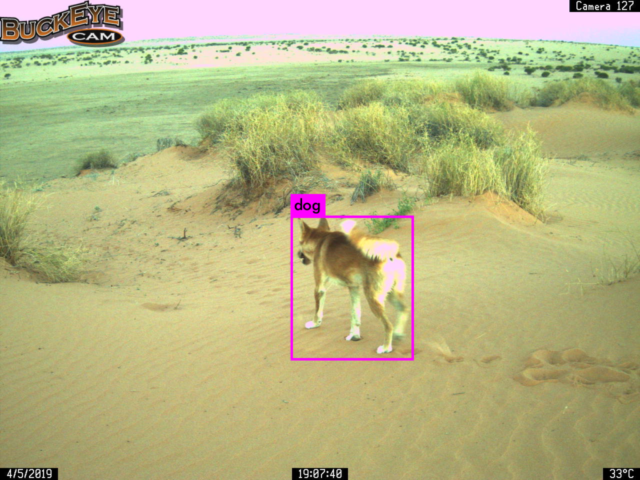 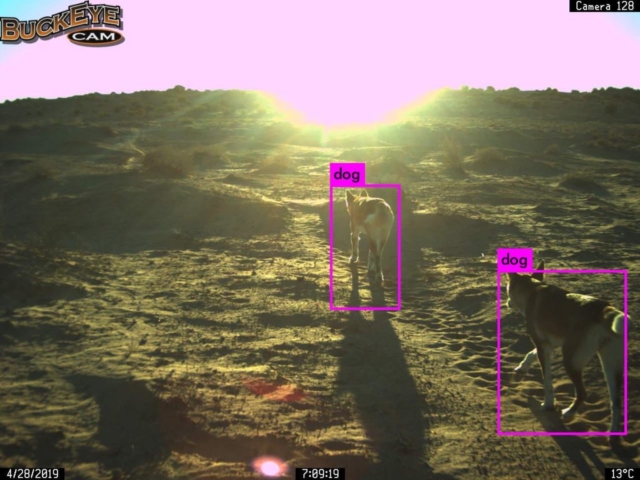 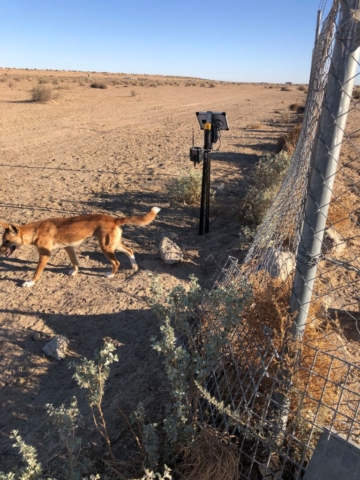 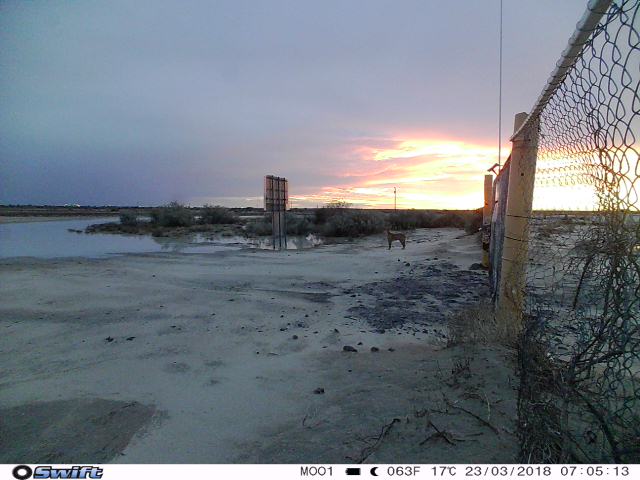 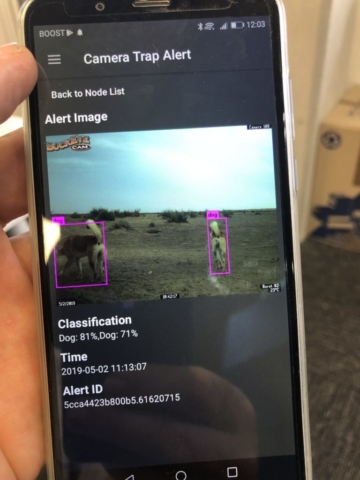 The original objective of the WDA project was to deliver a device that could detect and transmit a message of a wild dog detection from a remote location and initiate an alert in real-time. During the evolution of the research into camera traps and this device, it was recognised by the team that using off-the-shelf camera traps to build a wild dog alert was not going to achieve the objective to a high level.

As a result the project team has built a world-first device called Wild Dog Alert Node (WDAN), a tri-sensor, 360 degree detection and photographic zone, stand-alone power source, in-built computing power and satellite transmitting device. To communicate with this device we have also had to build a Cloud System to process data and send alerts, software to automate image processing and analysis and a WDA phone application to receive alerts. Further, the team have also integrated the WDA system into off-the-shelf camera traps using the telecommunication network. This includes an SMS camera trap system and a VHF-telecommunication camera trap system.

The Feral Cat Tactile lure taps into the cats behavioral Achilles-heal of being attracted to visual lures. This device is aimed at testing whether a light based lure and a movement lure cause feral cats to engage with the device and as such provide proof-of-concept that automated visual lures are a weakness that warrants further investigation. Prototype trials have been focused largely on whether lights and movement can reliably attract feral cats to the device. Early results show promise and warrant further assessments. 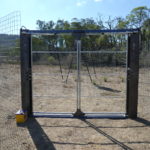 The AGT/RRR integrates automated species detection and identification technology, developed in WDAN, to initiate two different gate mechanisms. It could be integrated into a Boar Buster feral pig trap removing the need for manual gate triggering. Further, the same system could be integrated into water traps for feral goats in the western rangeland. The system uses a PIR to connect with the central computer and is used as an event trigger when an animal presents at the device. The inbuilt computer acquires images, then makes decisions through statistical analysis for when to trigger the gate.

The RRR device is constructed similarly but is specifically designed for integration into dam exclusion networks in the WA rangelands to exclude wild dog access to water. This gate will be fitted into exclusion fence lines and will open when livestock approach the fence line but will remain closed when stock are absent or when wild dogs approach.

Video 1: The RRR device detects sheep moving past and the gate automatically opens so they can  access dam water.

Video 2: The RRR device detects a dog moving past and the gate automatically shuts to prevent the dogs access to dam water.

The Sentinel Bait station is a new device that was designed and built to overcome the short-comings of ground baiting methods in regards to bait availability. A critical element of efficient baiting is to ensure baits are palatable, toxic, attractive and available. However under some situations these requirements can’t be met continuously throughout the program. The sentinel bait station aims to store baits on site to maintain their attractiveness, palatability and toxicity with in a secure chamber, and deliver a bait when one is removed by a dog, thus ensuring that a bait is always available to another visiting dog. The SBS is designed to detect the presence of a dog and removal of a bait and present another toxic bait within a pre-programmed time.

Video 1 : The sentinel bait station is connected to the wild dog alert node which send a message to the dispenser when the dog is detected

Video 2: The dispenser responds by opening and presenting the bait to the dog.