Finding the ‘needle in a haystack’ with new portable DNA device

Finding the ‘needle in a haystack’ with new portable DNA device


A new smart-phone sized technology to quickly sequence DNA is being tested by University of Canberra researchers, through the Centre for Invasive Species Solutions (CISS) and Australian Government’s Department of Agriculture, for its early warning potential to detect invasive species.

The portable device, known as ‘MinION’ can sequence ‘or scan’ millions of DNA codes in minutes, compared to current lab-based systems which can take a couple of days to get the same answers.

Professor Di Gleeson, Wildlife Geneticist from the University of Canberra, who leads the CISS environmental DNA (eDNA) innovation hub said that we are now able to take our lab out into the field and get results in real time.

“While it is early days and we have a lot of testing to do, the technology has the ability to back up visual results.

“For example, if you think you see an invasive fish or reptile in a waterway and want to validate, you can take a small water sample, place it into the portable device and it will analyse for the presence or absence of DNA based on the rigorous research protocols we have developed.

“We are aiming to make the invisible, visible, through fast, effective and ultimately cheaper technology,” Professor Gleeson said.

Dr Alejandro Trujillo-Gonzalez, University of Canberra Research Fellow who is part of the ecoDNA research team said this new technology could find that ‘needle in a haystack’. 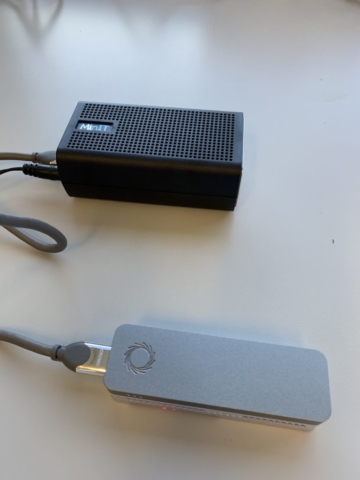 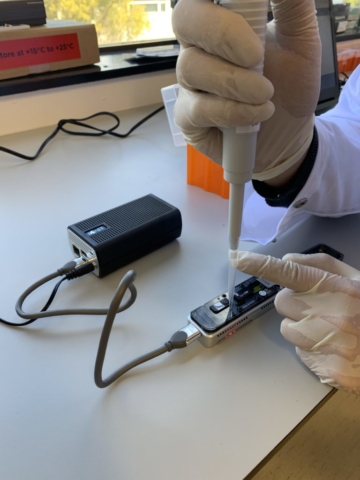 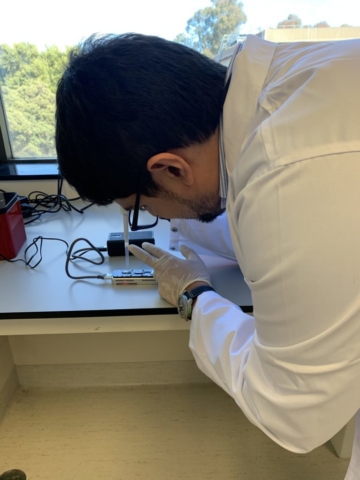 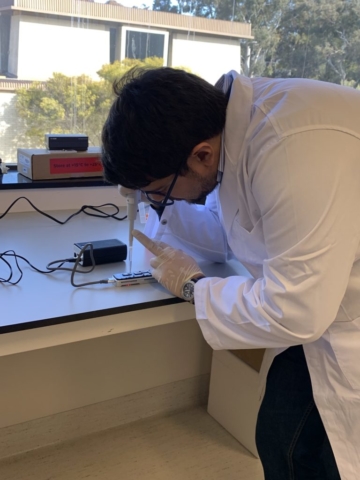 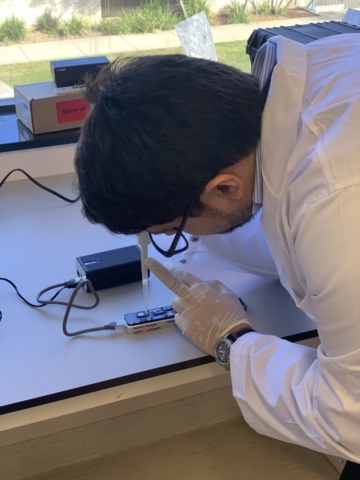 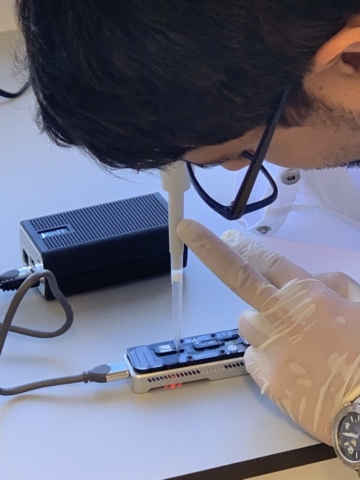 “The MinION also offers a versatile, easy to use method to detect multiple pest species and unwanted pathogenic hitchhikers being unknowingly imported into Australia.

“The technology works and now we are trying to validate the protocols to make sure it can work effectively for Australian biosecurity purposes.

“Our ecoDNA team has formed an international collaboration with Kasetsart University in Thailand to collect samples from water used to maintain and transport aquarium fishes from wholesalers in exporting countries, so we can test which techniques and technology are suitable for Australian biosecurity requirements.

“Ultimately, our project aims to develop single and multi-species’ assays to detect priority risk species (like pests and diseases) and lay foundations for the development of a national reference eDNA laboratory, enhancing our biosecurity surveillance systems,” Dr Trujillo Gonzalez.

To find out more about the ecoDNA research visit – www.ecodna.org.au

The project receives funding from the Australian Government’s Department of Agriculture via the Biosecurity Innovation Program through the Centre for Invasive Species Solutions and is being led by the ecoDNA research team at the University of Canberra.