Rabbits have been with us since the 1850s and their impact has been colossal. After a high of 600 million rabbits in the 1940s, the introduction of several rabbit biocontrol agents since the 1950s have played a critical role in reducing rabbit numbers and their impacts.

A new report released today by Centre for Invasive Species Solutions CEO, Mr Andreas Glanznig, shows that the combined efforts of scientists, governments and land managers to control the pest have resulted in huge benefits for primary producers and threatened species.

“The value of new rabbit haemorrhagic disease virus variants naturalised since 2014 to Australian agriculture is expected to save $4 billion over the next 30 years”, Mr Glanznig said.

“This builds on the benefits already achieved over a 60-year period of $81.8 billion, following the release of the myxoma virus in 1950 and the first rabbit haemorrhagic disease virus in 1995.”

The report, Benefits of Rabbit Biocontrol in Australia: An Update, also reveals that the removal of rabbits at a landscape scale is hugely beneficial for the environment: allowing native vegetation to thrive, causing feral cat and fox numbers to plummet, and native mammals to bounce back.

Mr Glanznig said that while the older generation of Australians can recall the devastating ability of rabbits to multiply into plague proportions, their cute, harmless persona should not cause us to lower our guard against this old adversary.

“You only have to watch some of the old black and white footage from the 1950s to see how destructive rabbits can be in large numbers.

“They are absolute eating machines, consuming around 15 per cent of their body weight a day, and costing Australian agriculture around $206 million every year”, said Mr Glanznig said. 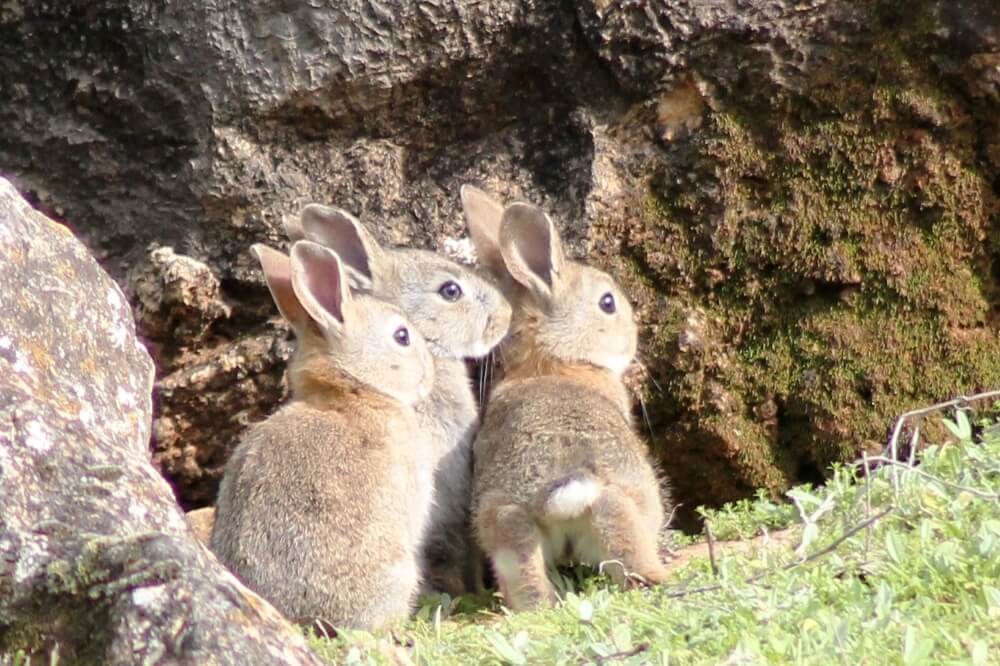 Rabbits have taken a severe toll on native wildlife since they were introduced to Australia. Credit: Chris Lane.

Rabbits can begin reproducing at four months old, and in favourable conditions, may produce five or more litters year — that is around 50‒60 offspring every year.

Australia’s approach to controlling rabbits has been continuously underpinned by science: from the myxoma virus release in 1950 — which killed 99.8 per cent of infected rabbits — to the coordinated national releases of two rabbit haemorrhagic disease viruses with the most recent being in 2017.

Mr Glanznig said, “We need to be absolutely tenacious in keeping ahead of the rabbit’s ability to develop genetic resistance, because even small numbers of rabbits can have really negative impacts on native vegetation and animals including 322 nationally threatened species and nine ecological communities.

“We know that Mulga, for instance, are impacted by rabbits with densities as low as 1 rabbit per 100 hectares — that’s the equivalent of one rabbit per 90 rugby league playing fields.”

On the upside, long-term scientific monitoring has revealed that the release of rabbit haemorrhagic disease viruses is the single most important and cost-effective conversation action for small, threatened mammals in the southern arid zone, and a range of taxa and ecosystems in recent decades.

Mr Glanznig said, “In just one example, scientists have found that the abundance of small mammals in Australia’s arid zone — such as the Dusky Hopping-Mouse, the Spinifex Hopping Mouse, and the Plains Mouse — increased by 365 per cent with the arrival of the first rabbit haemorrhagic disease virus.”

“This shows that rabbit biocontrol is fundamental to protecting Australia’s globally important wildlife and threatened species, as well as generating benefits to agriculture worth several hundred million dollars every year.

“It is a technology that keeps on giving for our environment and primary industries.”

The Centre for Invasive Species Solutions is now working on the fourth phase of a long-term rabbit biocontrol pipeline strategy that is pursuing potential new biocontrol agents that include genetic biocontrol technologies, more efficient ways to monitor rabbit abundance impacts through new satellite imaging methodologies, and the use of artificial intelligence.

“A long-term strategic approach to rabbit biocontrol R&D will ensure that Australia is not pushed onto the back foot in managing one of our most costly vertebrate pests,” said Mr Glanznig.