Putting the focus on biosecurity

Putting the focus on biosecurity


Australia needs to transform its biosecurity system to confront the many challenges the next decade will bring.

The report says that while Australia has one of the world’s strongest biosecurity systems it won’t cope with increasing challenges fuelled by global trade and travel, urbanisation, climate change, biodiversity loss and antimicrobial resistance.

As a result, Australia is at risk of increased disease outbreaks and pest incursions, weakened exports, and damage to our global trading reputation unless our biosecurity system becomes more resilient, coordinated and collaborative.

Australia’s Biosecurity Future identifies 20 recommendations across three themes to shift the trajectory for Australia’s biosecurity future. These themes are: 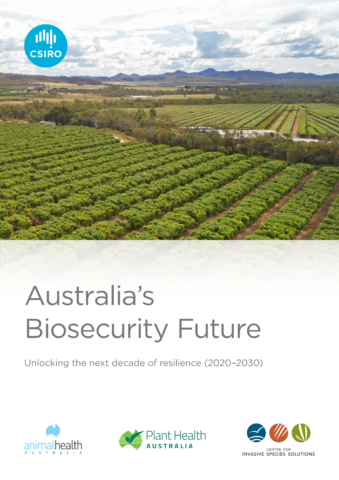 Read or download Australia’s Biosecurity Future: Unlocking the next decade of resilience at http://csiro.au/biosecurityreport