The ornamental fish trade in Australia has an estimated value of about $350 million, with 12 to 14 million fish imported each year.  While this trade is great for the economy it can also be a significant biosecurity risk if exotic fishes were to be purposely released into our river systems.

The best approach to prevention of further exotic fish introductions is to have a strong border detection system that can immediately and accurately identify pests and diseases present in international ornamental fish consignments, particularly those which may not be easy detected by biosecurity officers.

A new smart-phone sized technology to quickly sequence DNA is being tested by University of Canberra researchers, through the Centre for Invasive Species Solutions (CISS) and Australian Government’s Department of Agriculture, Water and Environment, for its early warning potential to detect invasive species.

In late 2019, Dr Alejandro Trujillo-Gonzalez (UC postdoc fellow) and Jack Rojahn (UC PhD candidate), who are part of the ecoDNA research team, went over to an international aquarium trade facility in Bangkok, Thailand to test their environmental DNA extraction methods for use in an Australian biosecurity context. 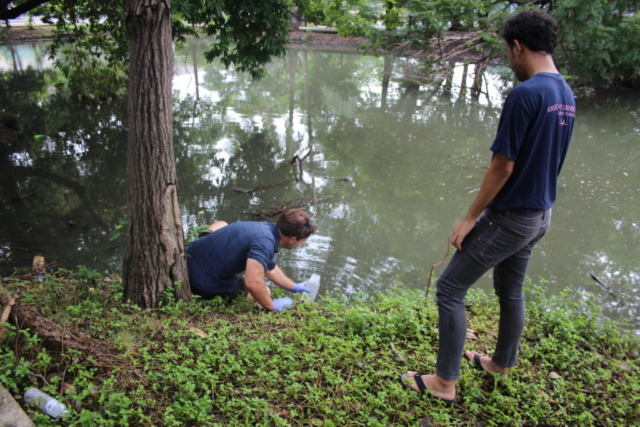 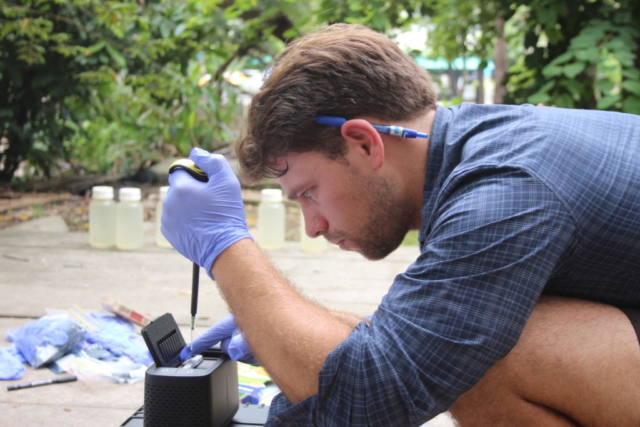 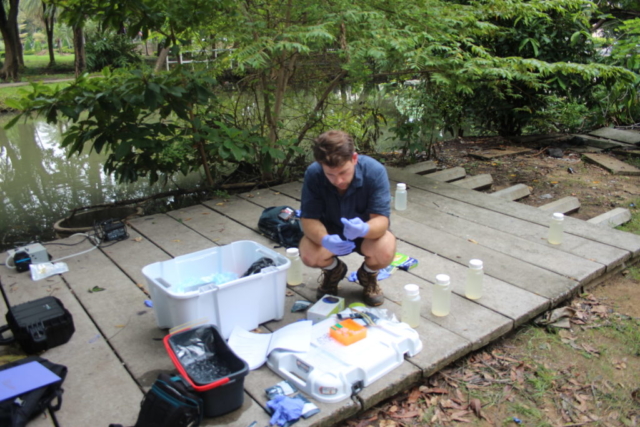 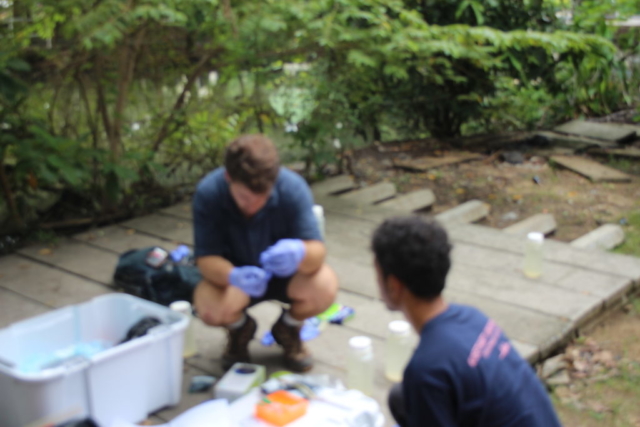 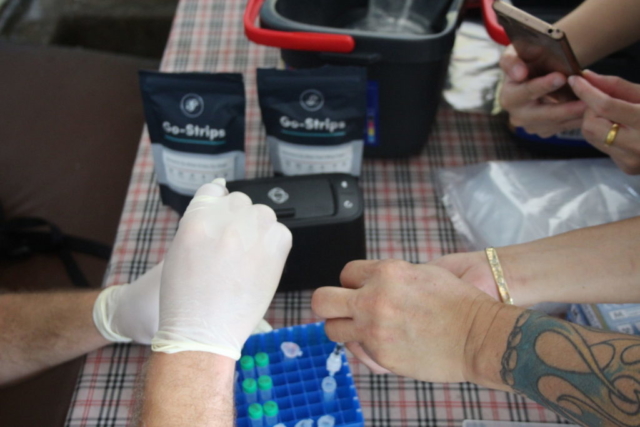 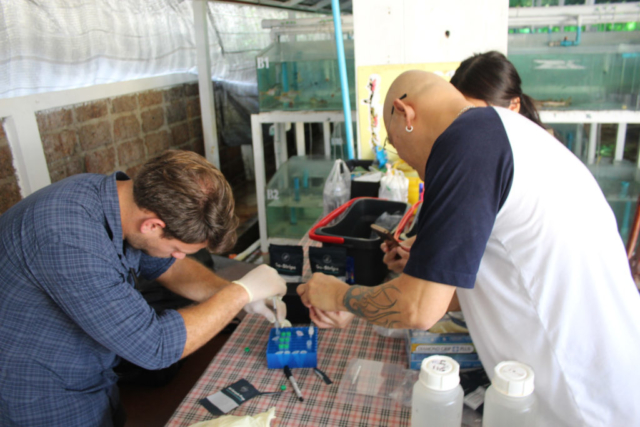 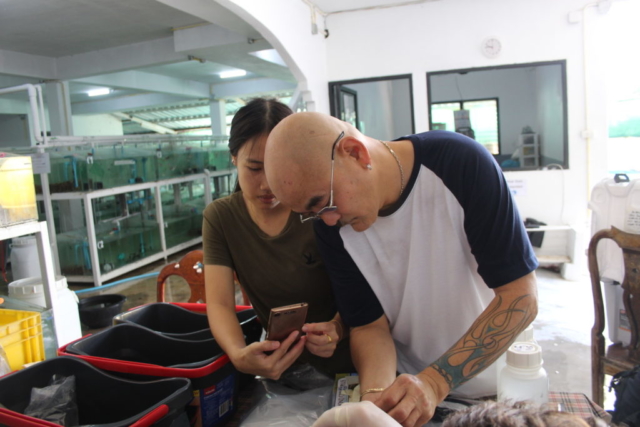 They tested multiple eDNA collection methods for their possible operational use in Australian biosecurity settings (such as at border control) and used the Biomeme Franklin portable PCR thermocycler to detect parasitic gill fluke infecting ornamental fish parasites, in real-time.

Most importantly, the team wanted to make sure that not only the methods worked, but could give reliable and repeatable results in just minutes, which would usually take hours and even days in a laboratory.

Such standard operating procedures are being tested for their reliability and ease of usage for biosecurity officers in Australia. While this research is still in the development phase, it is hoped that the technology could be rolled out across the Australian biosecurity system to ensure we have additional detection methods available to ensure biosecurity risks do not enter.

Dr Trujillo-Gonzalez said “using eDNA-based detection is by no means a silver bullet against the many biosecurity risks coming into Australia on a regular basis, but it could certainly help biosecurity officers detect microscopic parasites and diseases, as well as cryptic species that would normally go undetected at border control”.

The team are about to start phase 3 of the project, and may develop eDNA-based methods to detect high priority ant species, Pseudogymnoascus destructans the causative agent of bat white nose syndrome, myrtle rust and tomato seed viruses in accordance with protocols designed by the Department of Agriculture, water and Environment.

“Many of these hazards already have validated PCR tests used by the department, we will be testing if eDNA-based samples could offer quicker but equally reliable alternatives for testing by Australian biosecurity officers,” Dr Trujillo-Gonzalez finished by saying.

The project receives funding from the Australian Government’s Department of Agriculture via the Biosecurity Innovation Program through the Centre for Invasive Species Solutions and is being led by the ecoDNA research team at the University of Canberra.