Feral deer aggregator (in the pipeline) 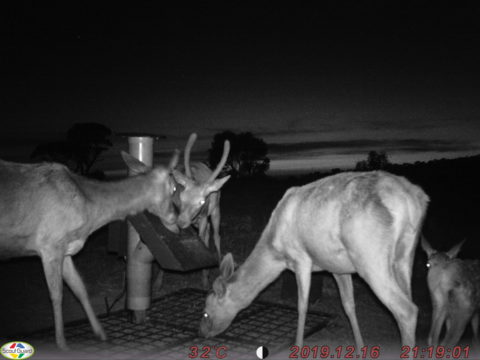 Feral and wild deer are becoming a significant problem in many parts of peri-urban and rural Australia, and land managers are looking for solutions to manage them, effectively and humanely.

Our Centre is currently working on a project led by Dr Brad Page at Primary Industries and Regions SA (PIRSA), which is looking at a feed structure that essentially aggregates deer through its trapping functionality. The goal is to feed and aggregate deer but prevent non-target native animals from feeding.

This project builds on work first undertaken by the NSW Office of Environment and Heritage which looked at a similar aggregator system for goats and deer.

The project team wanted to adapt the current aggregator to make it more attractive and effective as a ‘deer aggregator’. In late 2018 they contracted two industrial design companies to brainstorm ideas for a new design. Design criteria were that the aggregators should be cheap, preferably made from material or parts that are readily accessible, simple, lightweight and they should meet WH&S requirements.

A number of design ideas were submitted, and the project team selected one design to develop further for the trial, with the first prototype built in early 2019. 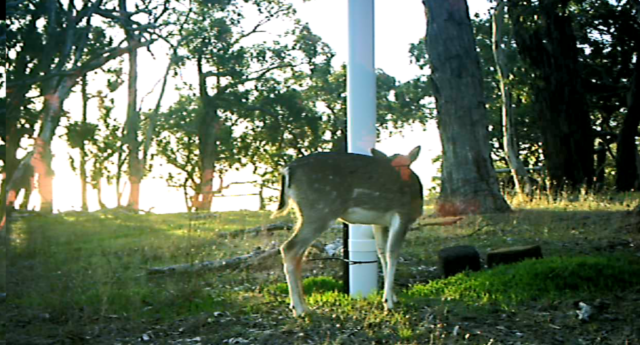 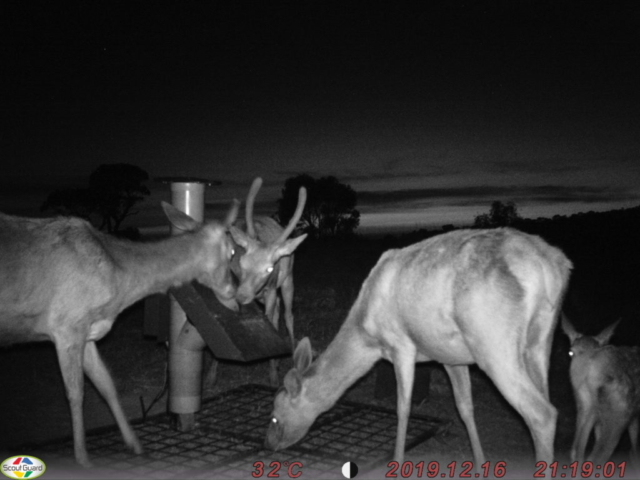 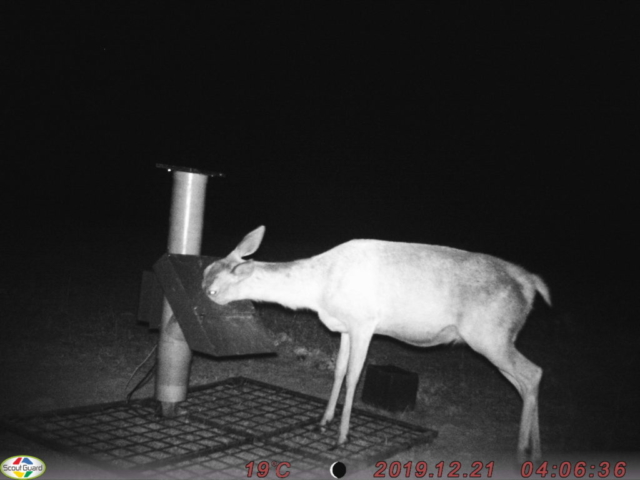 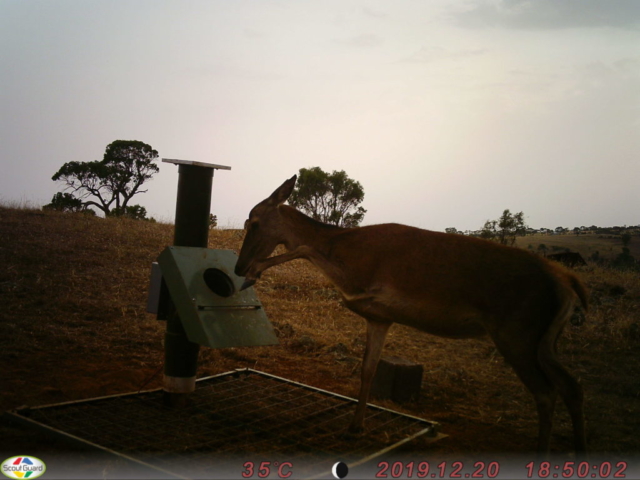 The aggregator can automatically shut before sunrise to prevent birds accessing the food, depending on how it is being used. The aggregator also shuts when the long feet of kangaroos walk on the grid when they are trying to access the food. On the other hand, the stiletto-like hooves of deer fit through the grid, allowing them to freely feed from the aggregator.

Trials of the prototype Deer Aggregator began in April 2019. After the successful trials, the aggregator design was finalised and is now being produced for for large scale field testing.

During production, further field sites will be sourced which have high densities of feral deer, kangaroos, possums and other species which may interact with the aggregator. The field testing will allow further information to be gathered on aggregator durability and interactions with feral deer, which will inform final refinement of the prototype.

All images supplied by Brad Page

It is hoped that the deer aggregator will become a useful management tool, particularly in places where there are low densities of feral deer that are proving hard to locate.

The aggregator will also improve the efficiency of culling programs where deer are in high densities, if they can be repeatedly attracted to the feeder.

The feral/wild deer aggregator project is one of four strategic deer-projects funded through CISS worth a combined investment of $8.7 million, including $3.2 million of direct funding from the Australian Government Department of Agriculture and Water Resources.

In line with the feral/wild deer aggregator, the collaboration is also developing best practice management feral/wild deer toolkits and better understanding the role of feral/wild deer in the transmission of disease to livestock, including Foot and Mouth Disease.

Find out more about the project