The feed structure was highly target-specific, with feral goats freely able to access salt blocks, whilst non-target native species were excluded. Other introduced ungulate species, such as fallow deer and red deer, successfully accessed the food in the feed structure, but at considerably lower rates than feral goats. The feed structure that is effective for feral goats is now commercially available.

Develop an effective deer aggregator that is accessible to feral deer and able to exclude non-target native animals.

Brad’s current role with the Department of Primary Industries and Regions SA involves leading a team of policy and research staff who work with state and federal government agencies, Natural Resource Management boards and industry groups to provide technical and policy advice on the economic and environmental impacts and management of pest animals, including wild dogs, rabbits and deer.

Prior to this, Brad worked for the SA Department of Environment, Water and Natural Resources for 5 years, implementing its strategic science agenda and providing technical leadership for South Australia’s marine parks monitoring program and other state-wide programs. Brad initially undertook research in the field of marine biology for 15 years, specialising in the ecological effects of commercial fisheries and their interactions with protected species.

During this phase, Brad completed his PhD at LaTrobe University and worked with SA Research and Development Institute – Aquatic Sciences for 10 years. 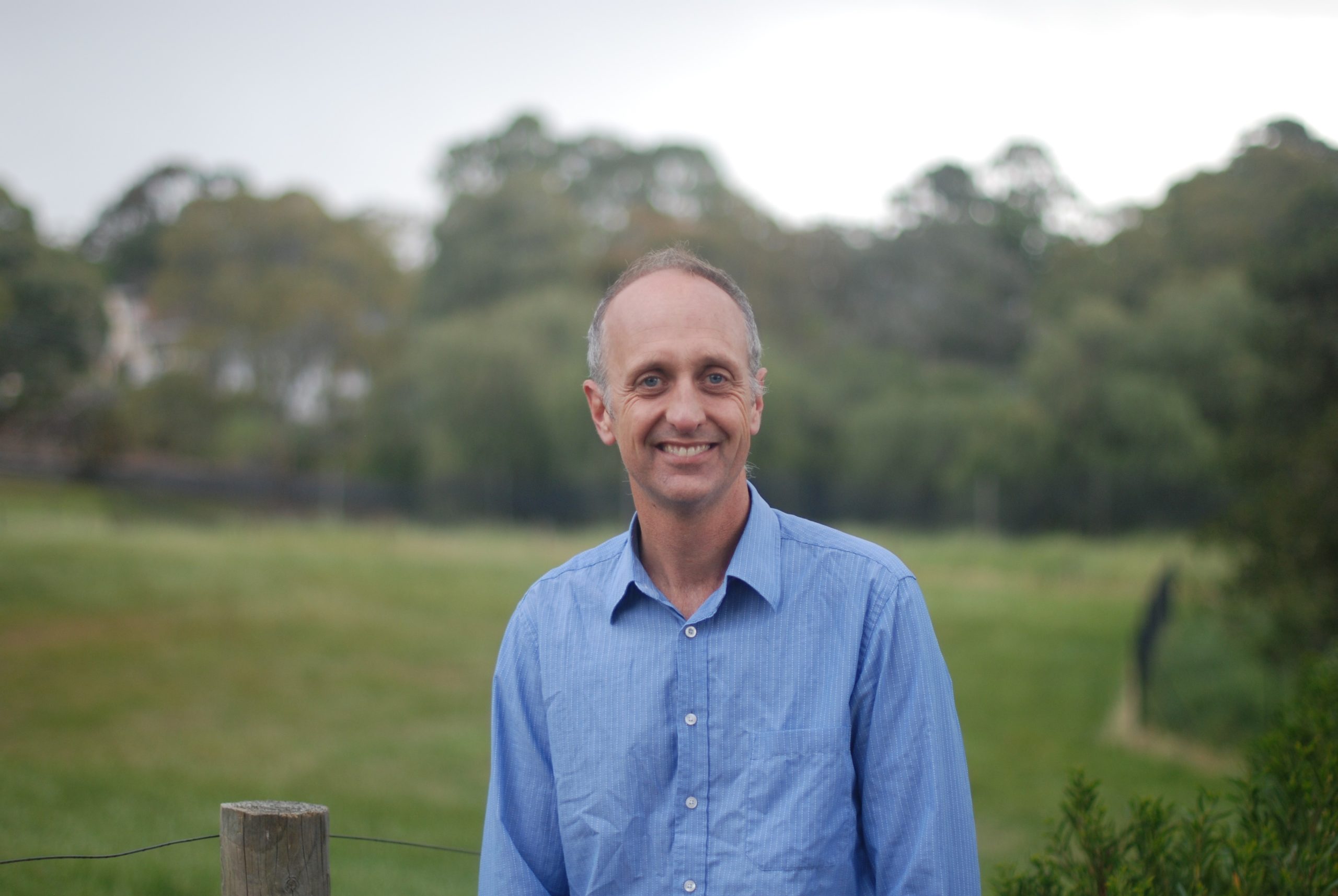 This project received funding from the Australian Government Department of Agriculture, Water and the Environment

The project is currently in the phase of large-scale field testing to assess the deer aggregators use by deer, its reliability to exclude non-target species and the device’s durability. Interactions recorded with non-target species are continuing to inform design improvements and develop operational guidelines.

The project has built and tested many aggregator prototypes, with the latest being prepared for large scale field testing. Each iteration has added features, improved functionality and reliability of the device. The final prototype is being constructed for large scale testing in the field. 45 aggregators have now been produced with two fully functioning prototypes being trialed with a range of feed types (grains) and assessed using motion sensor cameras. Initial testing with feral deer aggregators suggests a mixed feed of oats and lupins has the greatest effect in attract feral deer. The trial will inform final design improvements, after which they will be re-made and tested again. The deployment of aggregators in the South East will fast track the collection of data on how these devices will interact with feral deer as well as native species. The aggregators are deployed along key transit routes for feral deer, making optimal locations.

Previous trials have shown that both red and fallow deer are capable of interacting with the device for the intended effect. No toxins will be trialled in this project.

The aggregator design was finalised and is now ready for production to allow large scale field testing. During production further field sites will be sourced which have high densities of feral deer, kangaroos, possums and other species which may interact with the aggregator. The field testing will allow further information to be gathered on aggregator durability and interactions with feral deer, which will inform final refinement of the prototype.

The locations for the trial of the prototype DA were selected by Natural Resource Management (NRM) staff from three regions in SA. A range of feed types (grains) will also be trialed and assessed using motion cameras. No toxins will be trialed in this project. As with previous trials, these will inform design improvements which will be tested again.

NSW Local Land Services (LLS) staff from two regions have expressed interest in trialing DAs on four deer species. To prepare for these trials, potential field sites were monitored using simplified PVC feeders and motion cameras to assess species present and their abundance. The trials also provide data on how different species interact with the feeders, for DA prototype development.

In late 2018, two industrial design companies were contracted to brainstorm ideas for the design of the deer aggregator. Design criteria were that the aggregators should be cheap, preferably made from material or parts that are readily accessible, simple, lightweight and they should meet WH&S requirements. Several design ideas were submitted by the two companies. The project team selected one design to develop further for the trial, with the first prototype to be built before the end of April 2019.

Field sites are being considered for testing the first prototype of the aggregator.