The traditional career path for PhD graduates is changing. Approximately 60% of PhD graduates now enter industry-based professions. This change has highlighted some deficiencies in the traditional PhD training approach and many graduates, while experts in their field, do not have the transferrable generic skills that industry is seeking. The Balanced Researcher Program creates multi skilled, industry ready graduates that can enter employment on graduation and actively contribute to the research and operational goals of their chosen workplace.

The program is based around a model with five primary attributes considered essential for students to gain skills that are crucial to being able to operate effectively in the workplace as well as in the community as a whole. Students are required to undertake 80 days of additional training during their PhD tenure. This additional training consists of a combination of annual training camps were core skills are taught as well as targeted individual training to assist students in both their research projects and intended career paths post PhD. One essential part of this 80 days training is that student complete at least 20 days of industry-based placement in a location that will enhance the skills needed for their research project or their intended career path post-graduation.

The objective of the Balanced Researcher Program is to prepare PhD candidates for entry into the workforce and allow them to be active contributors to that workforce from day one. Students will be trained in business acumen, leadership, team building skills as well as specific training to enable them to complete their research thesis and fulfil future career goals. Students will also undertake a placement within an industry body to gain experience,

Dr Tony Buckmaster comes from an agricultural background having grown up and worked on the family farm but also has extensive experience in wildlife ecology and strategic pest management as well as 12 years of teaching and research experience.

He currently manages our Centre R&D program and leads our Balanced Research Program. He is also actively involved in several on-going research projects and convenes a Masters level unit in Vertebrate Pest Management for the University of Sydney. 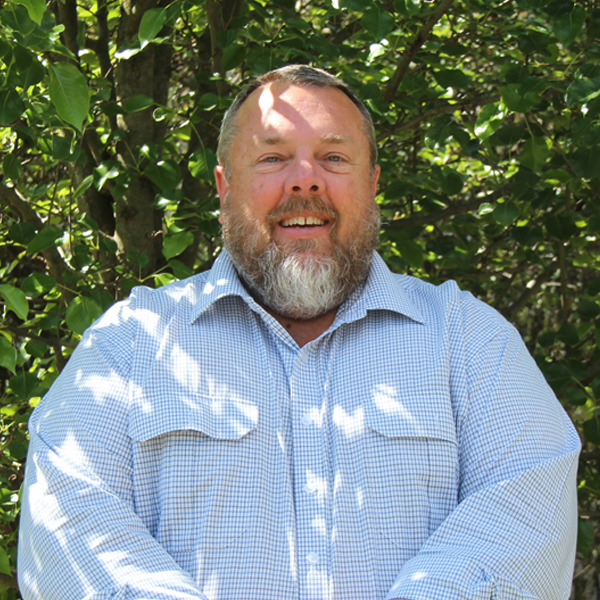 This project receives funding from the Australian Government Department of Agriculture, Water and the Environment

A second student camp was held in November 2020. Due to COVID-19, it was held as a virtual camp over a period of 2 weeks. Students participated in the second round of leadership and team building training. They also received training in innovation and brand building. The standard of the grant applications that were received was exceptionally high and showed the commitment of the program participants to incorporating the learnings from the virtual camp into their applications.

Four PhD students have been recruited to the Balanced Researcher Program. This is a reduced number than was anticipated, though has allowed other recruitment avenues to open. The program has also recruited a Masters by Research student studying in a CISS project, two additional PhD students from Portfolio No.1aligned projects and two post-doctoral undertaking research in CISS aligned projects. This has allowed diversity within the project and will ensure all participants are able to form extensive cross discipline networks and receive peer support from fellow participants.

The first Balanced Researcher camp was held in February 2020 coinciding with the CISS mid-term review. This allowed participants to see the range of projects and research areas that CISS is involved in and to form networks with more experienced researchers both within, and outside, their own field of research.

The Balanced Researcher Program held the first of the student camps in February 2020. There were eight participants in the camp consisting of a combination of CISS PhD students, PhD students from affiliated projects and early career researchers from CSIRO. The camp was a success with overall positive reviews from the participants. This camp focused primarily on developing leadership and team building skills for the participants as well as enhancing creativity and innovation skills. Additionally, the participants were given media training by CISS Communications Manager, Ian McDonald.

Four PhD students have been recruited to the Balanced researcher program. This is a reduced number than was anticipated, though has allowed other recruitment avenues to open.

The project has been opened to external organisations to have PhD students, Post-Doctoral researchers and early career researchers attend training events as affiliates. Allowing this diversity within the project will ensure all participants are able to form extensive cross-discipline networks.

The Balanced researcher camp has been redesigned to benefit the number of participants and is planned for February 2020, which coincides with the CISS mid-term review.

Students will also be encouraged to submit an abstract and attend the AVPC conference in May 2020. A networking breakfast is planned at the conference to link students with researchers in similar fields and increase networking and collaboration opportunities.

Two PhD students commenced work on their CISS-supported projects in 2018, another is scheduled to commence sometime in March 2019 with the fourth is intended to in May 2019. Further students commence later in 2019.

With less students than envisaged being involved, CISS is making the program available to other research organisations and university research groups to have their PhD students, post-docs and other early career researchers participate in the on a cost recovery basis. Rather than the student numbers being a setback, the broader participation will ensure an even greater level of participant diversity to strengthen the value of biosecurity-related networking and collaboration.