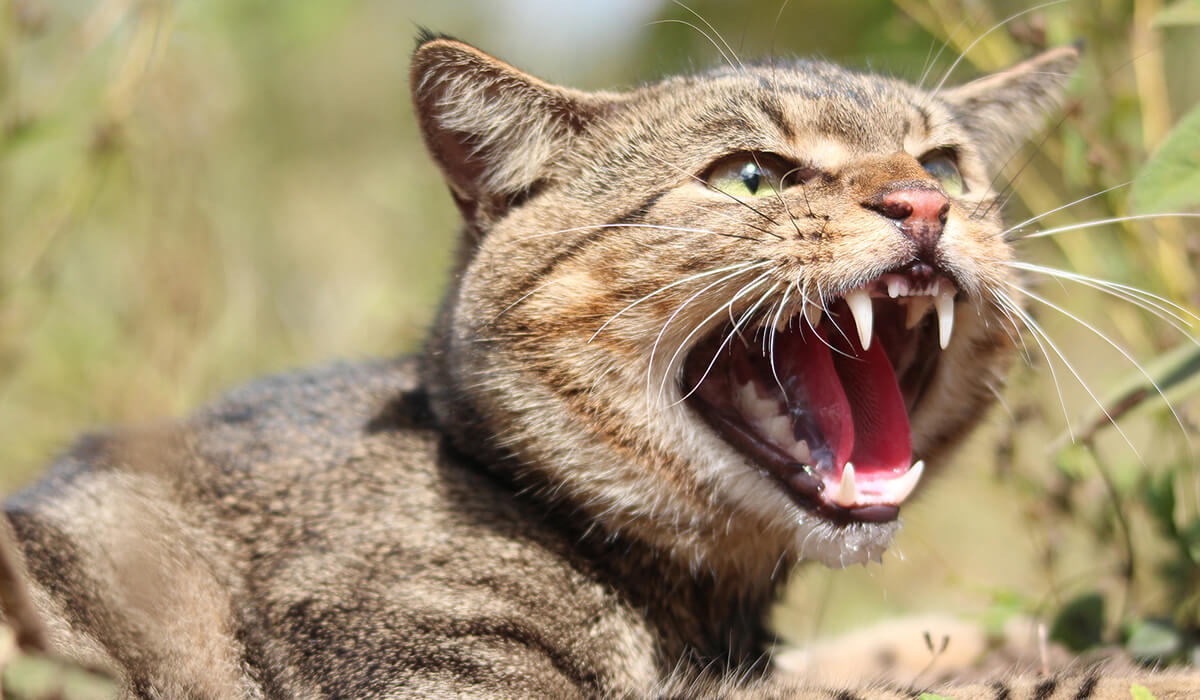 Feral cats have contributed to the extinction of 27 native species. Photo by Andrew Cooke.

Australia is in the grip of an unprecedented alien attack on its native wildlife and environment, with experts warning more of our unique flora and fauna is in danger of disappearing by 2050 unless urgent action is taken.

A new report, Fighting plagues and predators: Australia’s path to a pest and weed-free future, released today, reveals the environment is facing a “sliding doors” moment, with two possible futures for Australia, depending on the decisions made today.

It highlights a looming wave of new extinctions and outlines two futures for Australia, one based on an unsustainable ‘business as usual’ approach and the other based on implementing targeted actions that will help save our unique biodiversity.

The report pegs the conservative cost of damage caused by invasive species in Australia — predominantly weeds, feral cats, rabbits and fire ants — at $390 billion over the past six decades and around $25 billion a year and growing.

Over eight in 10 nationally-listed threatened species are endangered by invasive species. More than 70 percent of Australia’s native animals are found nowhere else on earth, so a loss to Australia is a loss to the world. They also undermine agriculture leading to increased food and fibre prices.

Launched by Australia’s national science agency CSIRO and Centre for Invasive Species Solutions (CISS), the report highlights the need for emerging biosecurity technologies to be fast tracked and for the urgent development of new techniques to prevent, eradicate and control invasive pests.

Report co-author, CSIRO scientist Dr Andy Sheppard said while many Australians were aware of the havoc caused by the recent mouse plagues in New South Wales, Queensland and Victoria, they had no idea of the magnitude of the invasive species issue for Australia.

“Urgent, decisive, coordinated action is crucial to stopping the spread of invasive species and to protect our extraordinary, irreplaceable native animals and plants, and Australia has a great track record in this space,” Dr Sheppard said.

“It is the only way to stop the spread of invasive species, protect native plants and animals and preserve many of our favourite Australian outdoor pastimes.”

Dr Sheppard said many more smart decisions and interventions were needed to ensure resources were invested where they were most effective.

“Prevention will be much cheaper and more effective than trying to control the spread of pests and weeds once they are established.

“We need to safely harness emerging technologies, revitalise our biosecurity research and innovation (R&I) system and continue to invest in long term, strategic research and development,” he said.

Globally, invasive species are ranked as the 5th greatest issue facing the environment, but in Australia it’s the number one issue . Australia has the highest rate of vertebrate mammal extinctions in the world.

Co-author and CISS chief executive, Mr Andreas Glanznig, said the report offered a pathway to a pest and weed-proof Australia and showed that every Australian has a role to play in achieving that outcome.

The single biggest vertebrate menace to native species is European rabbits, which infest two-thirds of Australia, followed by feral cats, pigs, foxes and cane toads and t he report recommends Australia increase its focus on breakthrough solutions to major ferals — rodents, feral cats and pigs — within the next 30 years.

As well as the destruction caused by introduced animals, invasive plants cause havoc in farmlands, forests and savannas. Australia now has more than 2,700 established weed species — which grew by 20 new species every year — or one new weed every 18 days.

Climate change, international trade and travel movements, and extreme weather events such as floods, fires and drought, drove the spread of invasive species.

“The challenge is for all Australians to work together to stop the problem from getting worse,” Mr Glanznig said.

“Together we can work to drive down Australia’s native species extinction rate — currently over four species a decade — towards net zero extinctions.

“From suburban backyards to science labs, everyone can play a role in pest and weed prevention and control,” he said.

“Education and public awareness programs are needed so we can enlist millions of Australians to help find and eradicate invasive species before they get a foothold.

“The technology exists to establish a national, coordinated community surveillance network, making it possible for everyone to get involved, to help find new invaders early before they can become a problem.”