Koala conservation efforts may be undermined by wild dog predation


The Federal Government’s $74 million commitment to koala conservation may be undermined if wild dog predation is ignored.

The koala’s threatened species status has been upgraded to endangered by the Threatened Species Scientific Committee in NSW, ACT and Queensland, and a National Recovery Plan to guide the koala’s recovery has been released. 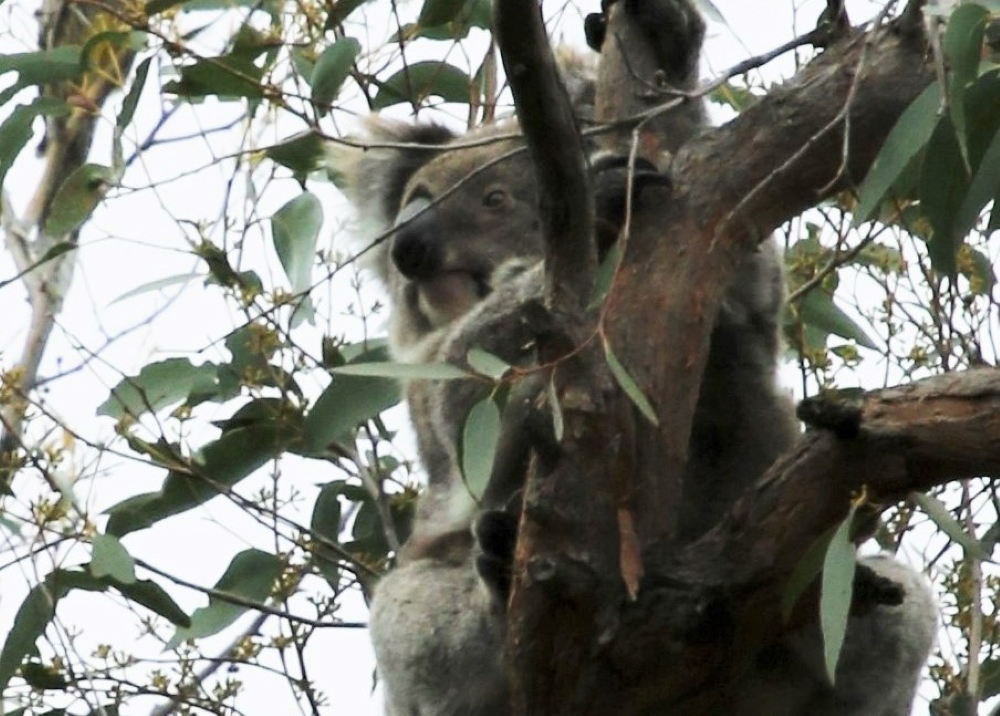 Research by Matthew Gentle and others in 2019 used genetic sampling to identify canid predators of koalas in peri-urban areas.

Genetic samples were taken from the remains of 12 koalas suspected to have died from predation in south-eastern Queensland and canine genotypes from wild dogs (not domestic dogs) were present in 11 of the 12 koalas.

The research supported the growing evidence wild dog predation is a significant cause of koala mortality and the researchers suggested strategies to reduce predation on koalas should focus on reducing the impact of free-ranging wild dog populations.

Mr Mifsud said whilst there are other threats to koalas such as habitat loss and disease, research showed dingoes and wild dogs are killing these animals and posing a direct threat to their survival.

“The good news is we do have ethical and targeted strategies that can effectively control dingoes and wild dogs attacking and killing koalas.

“This important wake-up all for the community underlines the key message that any conservation strategies ignoring wild dog predation as significant contributor to koala deaths will fail to halt population declines.”

A Queensland study by Hawthorne L. Beyer and others in the eastern Moreton Bay Council in 2013‒2017 in association with a rail line development saw 503 koalas captured and fitted with telemetry devices for monitoring in the wild.

Of the 144 koala deaths confirmed as predation, wild dogs accounted for 81.3 per cent and domestic dogs 4.2 per cent plus a further 38 deaths were suspected but unconfirmed predation events due to wild dogs.

Researchers concluded the koala population could have approached local extinction within a decade in the absence of wild dog and disease control. They stated a single male dog eluding capture until the end of the study was thought to be responsible for 75 koala deaths.

Mr Mifsud said that, until recently, researchers had underestimated the impacts of wild dogs on koala populations.

He said dingoes, wild dogs and their hybrids prefer habit favoured by koalas such as established forests and vegetated areas around water courses.

“Failure to manage wild dogs may result in further increases in population densities on public and private land, potentially increasing predation upon rare and threatened species.”

Moreton Bay Council delivers a comprehensive wild dog surveillance and management program, which aligns to their commitment to koala conservation.

“One of these areas is The Mill at Moreton Bay in Petrie where the koala population has more than doubled due to the implementation of threat reduction strategies, such as establishment of infrastructure to facilitate dispersal, disease management and habitat enhancement.

“As a direct result of our wild dog surveillance and management — and other measures — we’ve been able to help increase the koala population there from 45 to over 100 between 2017‒2022.

As part of Council’s koala conservation program at The Mill, a number of threat-mitigation initiatives, including wild dog surveillance and management, have been undertaken since 2016.

“Large areas of bushland habitat, along with wild dog movement pathways are monitored, with identified wild dogs being removed.

“This has assisted to significantly reduce wild dog predation on native species, contributing to the koala population increasing at The Mill site from 45 in 2017 to over 100 in 2022.

“Other areas, including Hays inlet at Redcliffe are monitored and there is limited wild dog activity in this area at this time.”

“This data provides clear evidence that threat mitigation activities including wild dog management, habitat enhancement and disease management has a positive impact on native species, including koala, recently listed as an endangered species.”

Population trends released by the Australian Koala Foundation in 2021 revealed there had been an estimated 30 per cent decline in koalas across Australia since 2018, with the species now extinct in 47 electorates.

A new draft Victorian Koala Management Strategy was released in February to guide how koalas will be conserved into the future, outlining ongoing actions to ensure their security, sustainability and health.

According to the strategy, the impact of habitat loss and fragmentation is compounded by the increased risk of exposure to dog predation and vehicle collision when koalas crossed cleared area or roads.

The research paper on canid predation of koalas, published in Landscape and Urban Planning, can be downloaded here.