Over 400 of the country’s leading innovators and influential biosecurity players converged on the Gold Coast last week to accelerate biosecurity reform.

Symposium presentations and panel discussions were positioned around four themes: 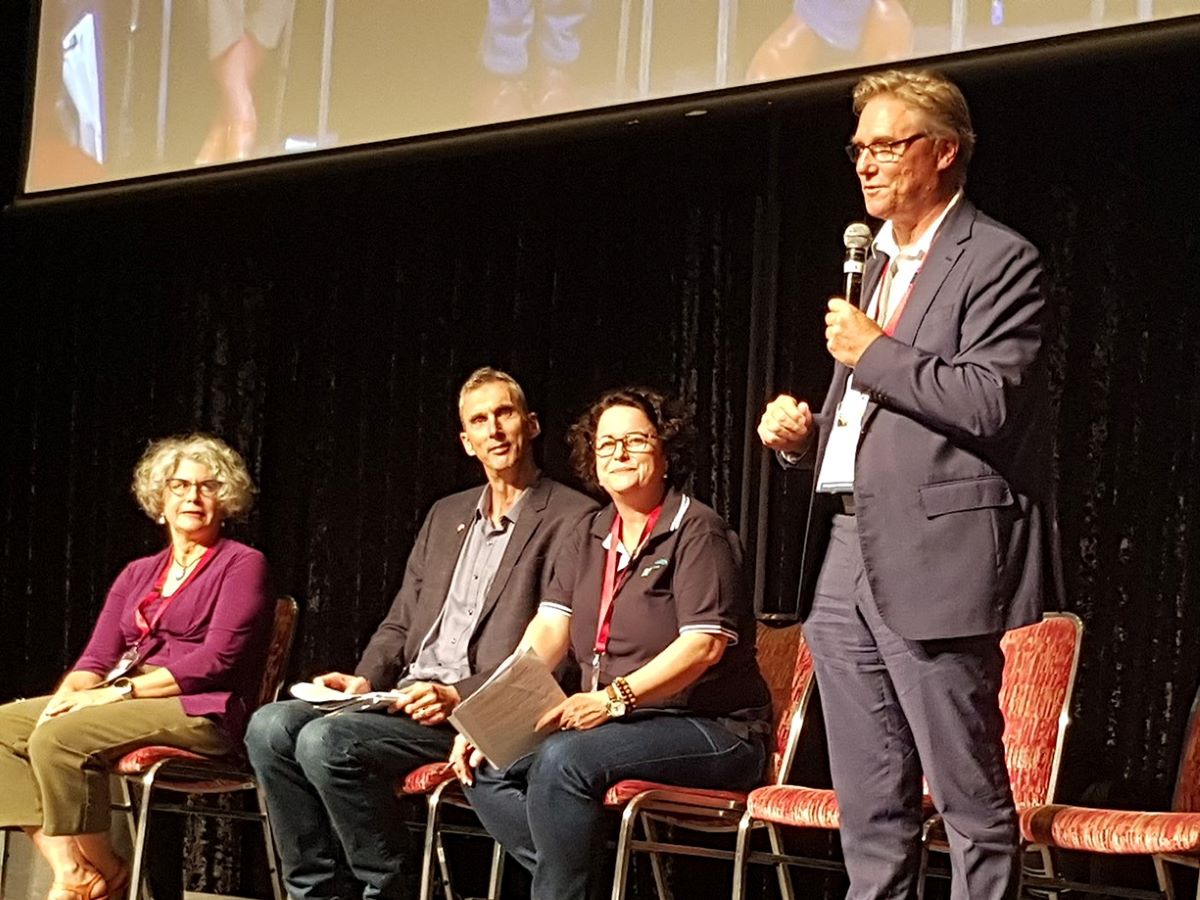 CEO of the Centre for Invasive Species Solutions, Mr Andreas Glanznig said that momentum is building in innovation and transformation of the Australian biosecurity system. Pictured with fellow CEOs of the Biosecurity Collective. Credit: Trevor Capps.

The panel focused on the National Biosecurity Strategy — now in the process of being finalised following public consultation in early 2022 — and considered how the strategy could integrate activity effectively to ensure a resilient Australian biosecurity system.

Mr Bruce Christie, Chair of the Centre for Invasive Species Solutions, has been a strong advocate for a National Biosecurity Strategy.

“A National Biosecurity Strategy is really important to give us the direction we need to manage risks on a national scale. We now have a workable version that all parties can talk to.” 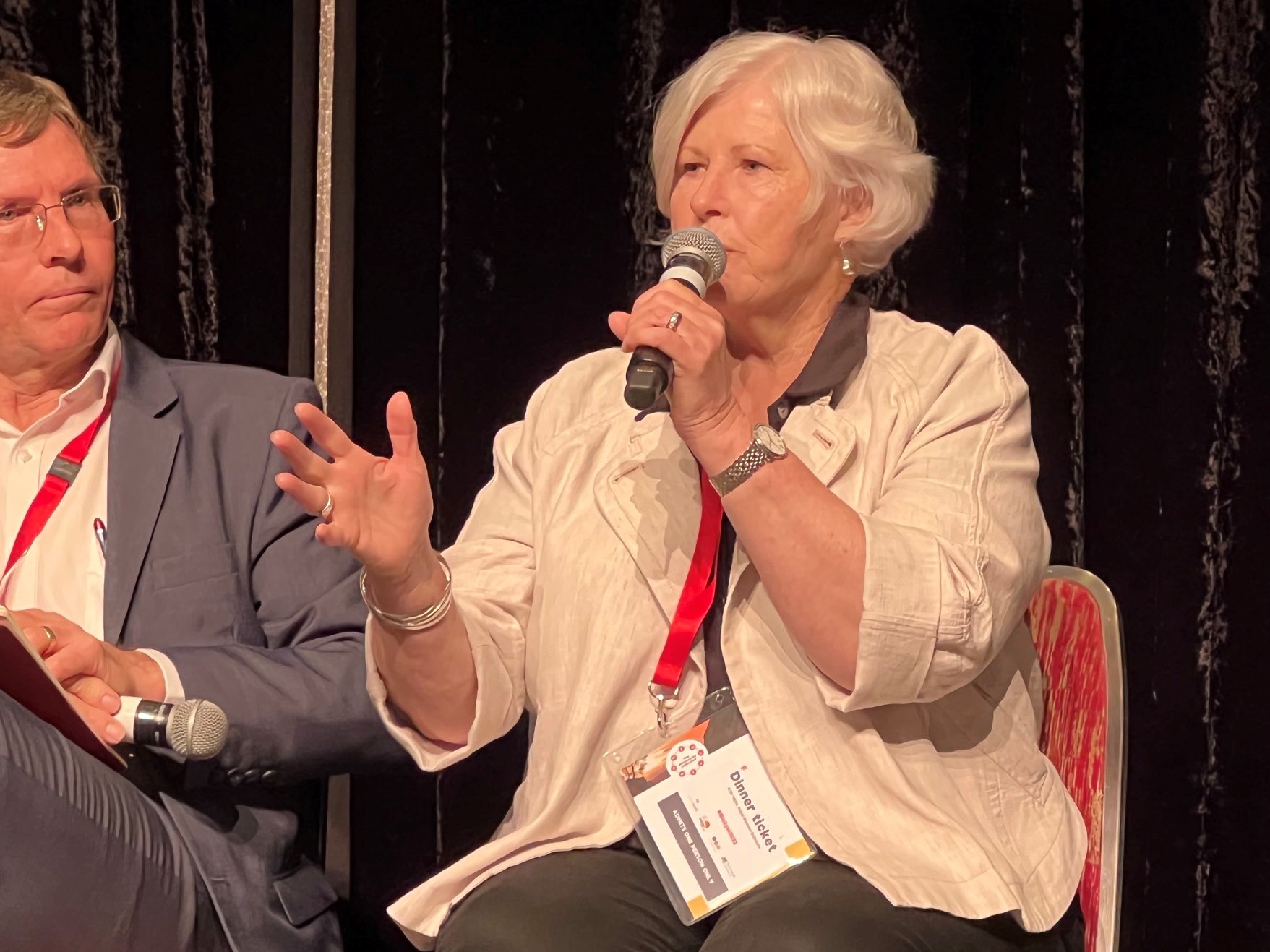 Ms Christine Milne AO, Invasive Species Council Ambassador, urged delegates to join the dots and make themselves heard to ramp up the movement to make biosecurity a bigger issue with more funding.

“The key in joining the dots, is for people working in government to bridge to the community, get activists to act and to put pressure on decision makers to free up dollars.”

Mr Nathan Hancock, CEO of Citrus Australia and Chair of the Plant Industries Forum Committee, said it was important to consult with industry in biosecurity matters.

“We need to engage more.

“We need to allow industry to participate and set the direction of biosecurity decision-making.

“Primary industries are at risk of incursions and many of us have had personal experience dealing with incursions.

“Having dealt with an incursion, my mission is to communicate to industry on the importance of being prepared and involved with biosecurity.”

Ms Georgie Somerset AM, President of Agforce, said that biosecurity has been an industry focus because it’s an economic driver.

“Primary industries are engaged in biosecurity.

“We are aware. We have biosecurity plans.

But it’s about how we engage the community.”

Mr Sal Milici, Head of Border & Biosecurity with the Freight and Trade Alliance, said khapra beetle incursions have quadrupled over the past few years. Concerningly, although risk was usually based on the quality of a container or where it ships from, the latest pests were found in low-risk goods from low-risk countries.

“Khapra beetle recently made its way from a shipping container into packaging and when it was found by the community, they didn’t know what to do and rang Crime Stoppers.

“It is clear that we need to educate the community.

“But we also need some sort of contact tracing for shipping containers.”

Turning data into intelligence and information

Mr Rieks van Klinken, Research Scientist with CSIRO Health and Biosecurity, set the scene for a deep dive panel discussion on turning data into biosecurity intelligences, saying there is huge potential to generate insights from biosecurity for business, industry and government.

The data intelligence vision of the Department of Agriculture, Water and the Environment, was presented by panellist Mr Rich Keane, Chief Data and Analytics Officer. 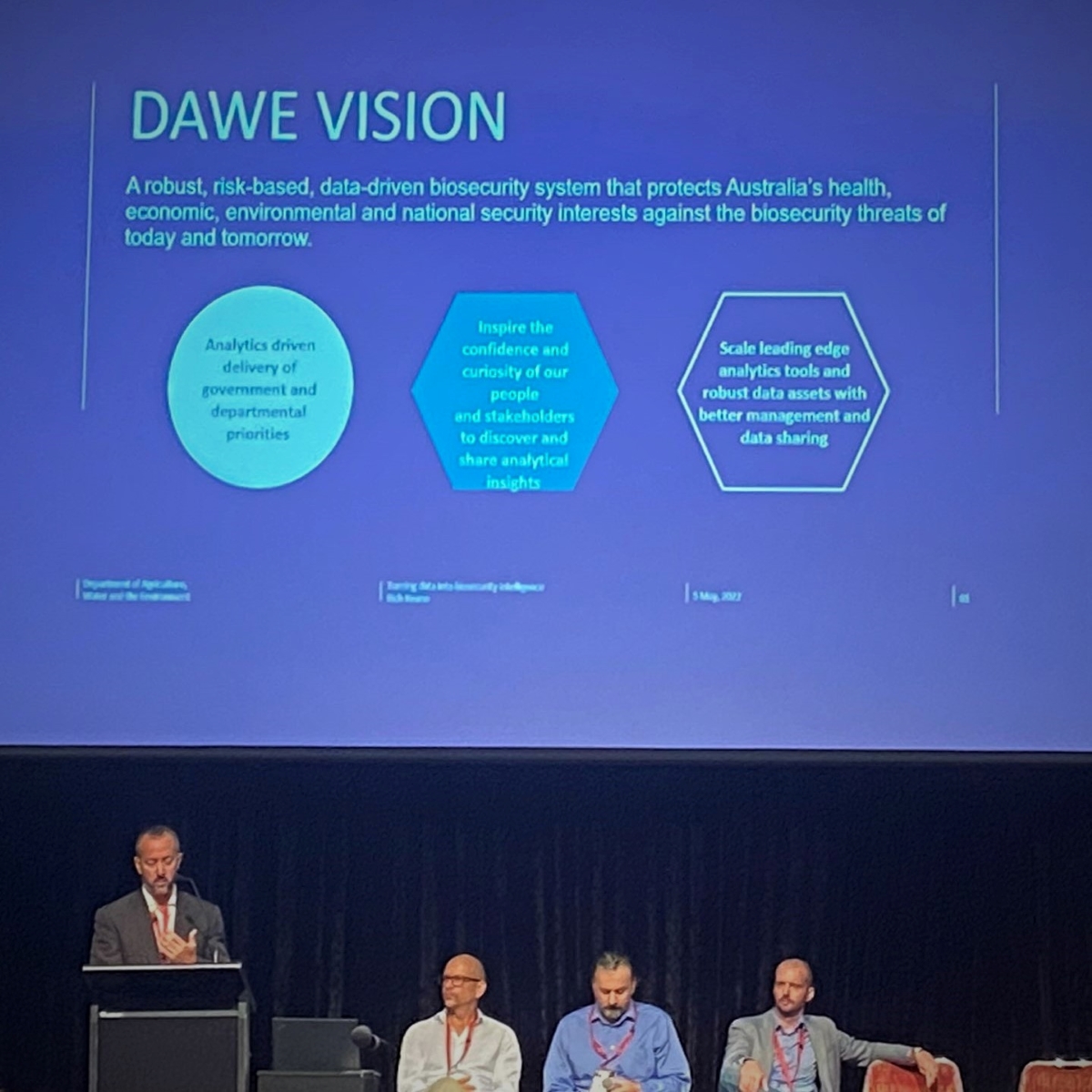 A number of speakers spoke about the need to mainstream biosecurity as an issue in the Australian community.

Ms Sonia Graham, Senior Research Associated at the University of Wollongong, was part of a panel discussion on social attitudes to mainstreaming biosecurity.

“To create movement, we need to get emotional, talk to people’s hearts and connect on a deeper level.”

Dr Norman Swan — Health journalist and host of RN’s Health Report and Coronacast — continued the theme, sharing his experience and knowledge in mainstreaming key messages to a broad audience in his keynote address. 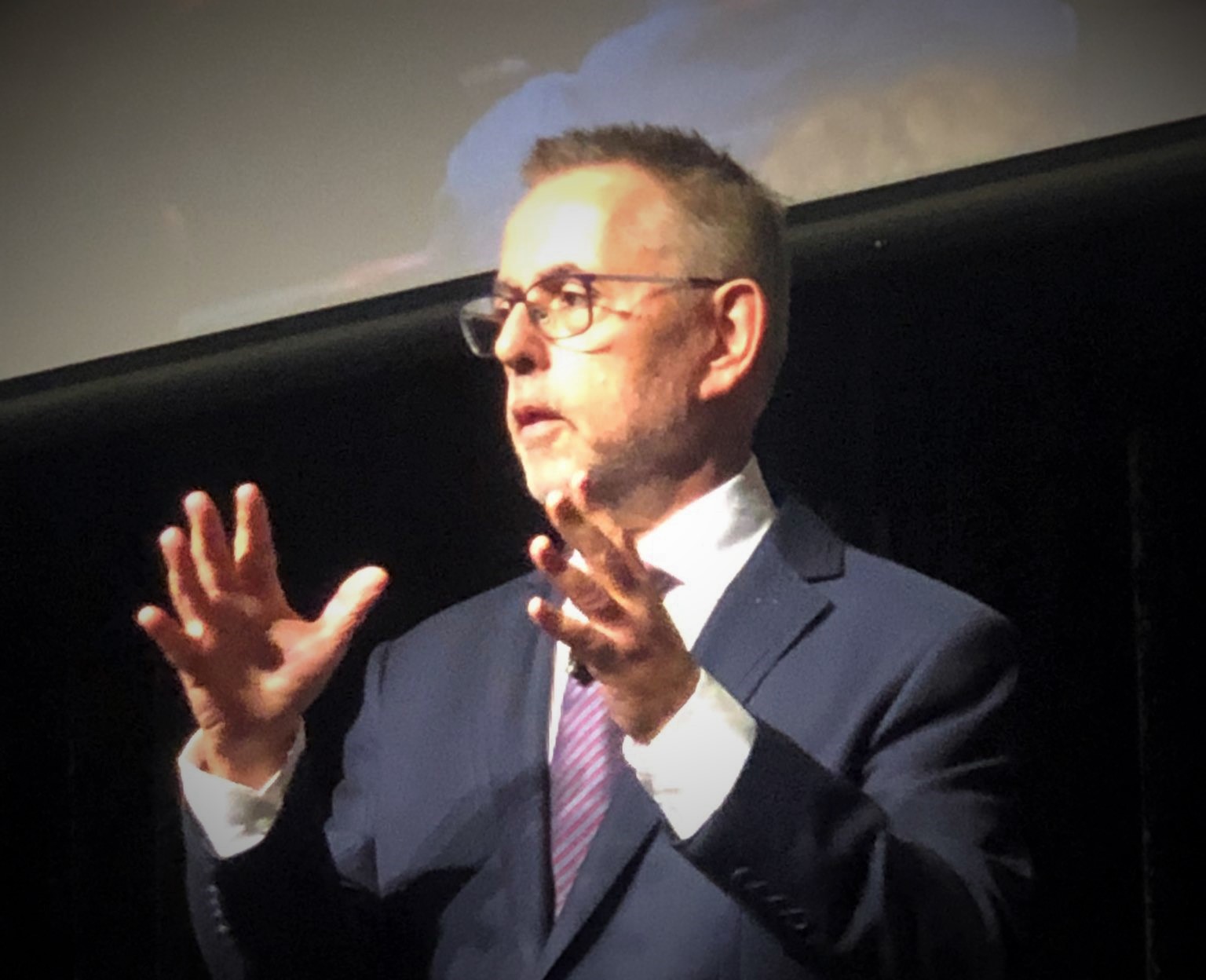 Dr Swan said that every pandemic in history has highlighted the poverty gap and that we need to bridge the gap from awareness to practice change.

“We need to have a plan, it needs to flexible, sustainable and we cannot leave people high and dry.

“Biosecurity is not a nice to have or a five-year plan, we need to get communities mobilised.

“A lack of cooperation provides a fertile environment for biosecurity risks to spread.”

Closing remarks from the Biosecurity Collective

Mr Andreas Glanznig, CEO of the Centre for Invasive Species Solutions said that the symposium had  highlighted the significant progress made over the past three years.

“I was really pleased to see how we are gaining momentum in innovation and transformation of the biosecurity system, the progress in environmental DNA detection, and the work by the University of Adelaide around e-commerce surveillance.”

Ms Sarah Corcoran, CEO of Plant Health Australia, said the symposium’s top outcomes related to how program are already in place to improve the country’s biosecurity system and mainstream biosecurity.

Ms Kathleen Plowman, CEO of Animal Health Australia, reiterated the words of Dr Norman Swan about community-based action and those of Ms Christine Milne AO about a bottom-up approach to sharing the biosecurity message.

“We need guerrilla campaigning — it’s communities and people who are going to lead us out of this.

“We need to have a platform at the top, so the people at the top can hear us.

“We need parliamentary friends of biosecurity.”

Mr Andrew Cox, CEO of the Invasive Species Council, said that invasive species were the biggest driver of environmental loss and extinctions, the destroyer of whole industries and livelihoods.

“Biosecurity is our problem. It’s our chance to make things right to save what we believe in, and what we value.”