The latest State of the Environment Report paints a dire picture for the ongoing survival of Australia’s threatened species under ever increasing pressure from feral animals and weeds.

“We have lost so many unique Australian animals and plants to extinction and based on current trends another four native species will be driven to extinction this decade.

“The Report highlights that Australia has lost more mammal species to extinction than any other continent and that for the first time Australia has more foreign plant species than native ones.

“Invasive species are the common denominator: foxes and feral cats fuelled by rabbits are the major driver of mammal extinctions while foreign plants are the source of major weed problems impacting landscapes throughout Australia.

“Invasive species are the major extinction driver with over 1,200 nationally listed threatened species now in the crosshairs of feral animals, weeds and diseases,” said Mr Glanznig.

Minister for the Environment and Water, the Hon Tanya Plibersek MP delivered an address in Canberra today to mark the release of the State of the Environment Report and responded to questions from the media, speaking with optimism about to Australia’s ability to rise to the scale of the challenge.

“We’re bringing species back from the brink of extinction — we know how to do that: we’ve actually got the science; we’ve got the know-how,” said Minister for the Environment and Water, the Hon Tanya Plibersek MP.

Mr Glanznig said it was clear that it is time to double down on invasive species: “We need to develop new and better tools, systems and management strategies to put a serious dint in the wave of invasive species impacting our native plants and animals”.

“Since 2005, the Centre has a long track record in bringing together government, industry, not-for-profits and the research community and developing solutions to manage invasive species effectively. 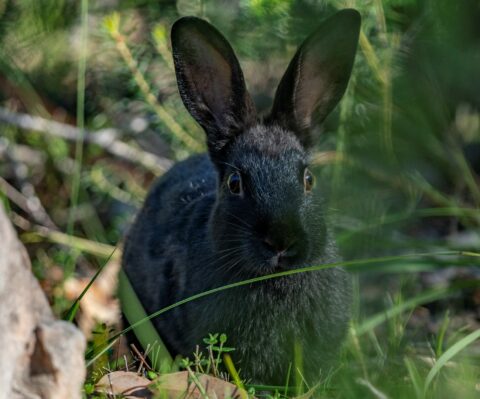 The most recent national release of a new rabbit biocontrol agent in 2017 was the result of close collaboration between Australian, state governments, CSIRO, industry research and development corporations and universities.

The rabbit biocontrol pipeline program is coordinated with the Centre’s national genetic biocontrol program which is striving for a breakthrough solution for several vertebrate pest animals, including rabbits.

Mr Glanznig said that he was heartened by the Minister’s comments and hopeful that the management of pest animals, weeds and diseases will get the attention these ‘big-ticket’, nationally pervasive issues need.

“As the 2020 Samuels Review of the Environment Protection and Biodiversity Conservation Act made clear, we need national strategic plans that address the management of feral animals as much as we need plans to respond to climate change”, said Mr Glanznig.

The Centre for Invasive Species Solutions is a not-for-profit, member-based organisation formed in 2017, building on the legacy work of its predecessor the Invasive Animals CRC, to address the impact of invasive plants and animals across Australia.