An exotic insect, known as a Khapra beetle (Trogoderma granarium), forced the lockdown of two retail outlets in Canberra back in August 2020. It resulted in a biosecurity response through the Australian Government Department of Agriculture, Water and the Environment.

The beetle, thought to have travelled in from a shipment container, was reported after it was spotted in a product box purchased from the retail outlet.

The Khapra beetle is a serious pest to Australia’s grains industry, and if populations bred, they could build up quickly causing significant losses of produce, such as grain in silos.

The government biosecurity officers did an excellent job in securing the site and ensuring the response was quick, and any threats eradicated. Dr Alejandro Trujillo-Gonzalez who is based with the University of Canberra and leads our Centre’s biosecurity molecular screening project, was also part of the response and called up as part of his research developing real time DNA detection methods.

He examined the area for the presence of Khapra beetle DNA using a portable device that can analyse DNA from environmental samples in real time. 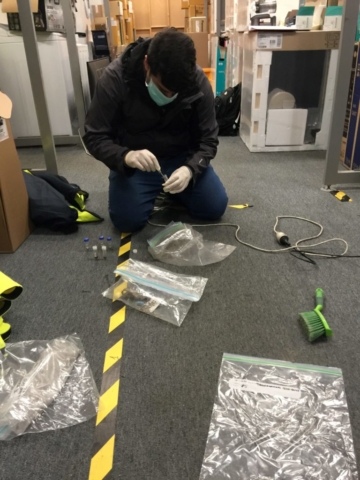 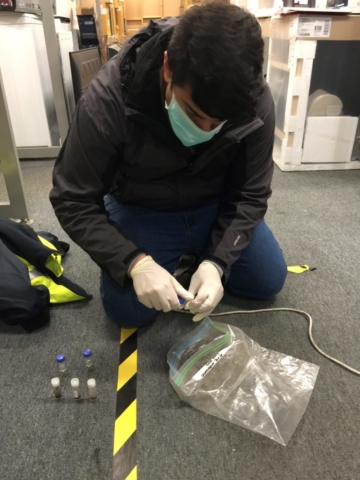 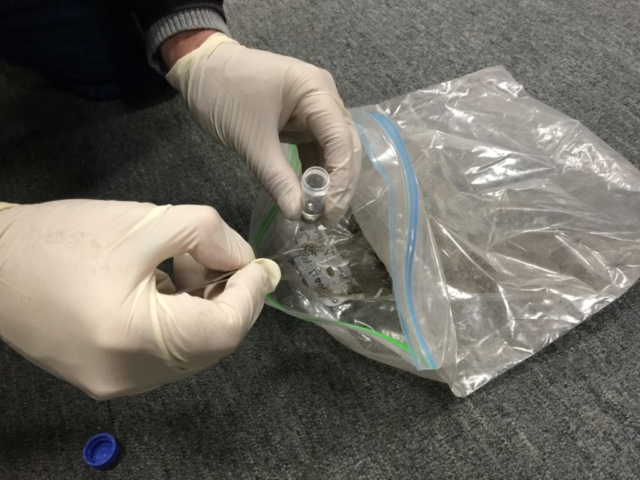 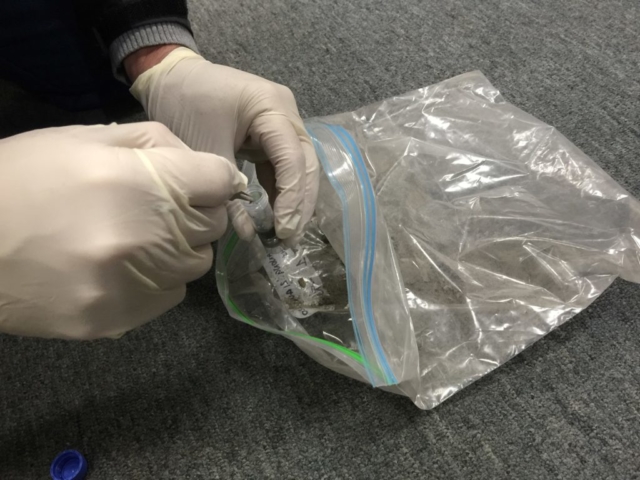 These samples are usually water samples taken from the river, soil samples or even swaps from boxes or suitcases. However, the notable difference in this instance was that Dr Trujillo-Gonzalez used samples from the vacuum cleaners used as part of the response clean up.

“This has never been done before in biosecurity” Dr Trujillo-Gonzalez said.

“I took dirt samples from the filter in the vacuum cleaners that biosecurity officers were using to clean the site, but I wasn’t sure if it would have viable eDNA”.

He extracted the DNA from the samples and then using a validated assay for the Khapra beetle (produced through the WA Dept of Primary Industries and Regional Development) he tested the samples using a portable device (called the Biomeme Franklin Real Time Thermocycler).

From DNA extraction through to having a validated answer, it took less than 90 minutes using the thermocycler, of which previous processes to make the same ID confirmation, could take weeks.

“We got a positive ID, meaning there was evidence of Khapra beetle eDNA in the dirt samples”.

In a process that used to sometimes take weeks to trawl through dirt, identify parts of a beetle and send it for sequencing to laboratories was now able to obtain the same results on the same day.

“This system truly can complement what officers can do in the field, and rather than taking days to figure out if a response is required, we can give them information in real time,” Dr Trujillo-Gonzalez said.

“Where this has real potential is on shipping containers coming in to dock in Australia, rather than having check thousands of containers, you can concentrate efforts on the containers which have provided a positive ID to the exotic pests,” Dr Trujillo-Gonzalez said.

Since starting this innovation project back in 2018 to look primarily at invasive fish species, the project has been expended to look at the Khapra beetle, Myrtle rust and Invasive ants.

The project is funded by the Australian Government Department of Agriculture, Water and the Environment through its Biosecurity Innovation Program and part of the CISS incursions prevention and response innovation pipeline.

If you find a khapra beetle or signs of infestation, secure the goods immediately. Stop all movement of goods and immediately report it to the Department of Agriculture, Water and the Environment. Phone the See. Secure. Report Hotline on 1800 798 636.

The community member who reported the Khapra beetle sighting to the authorities recently won an Australian Biosecurity Community Award for his action – congratulations!