Prime lamb and wool producers in northeast Victoria have reported increases in lamb survival rates of up to five per cent following their participation in a ‘Less Predators, More Lambs’ demonstration project funded by Meat and Livestock Australia.

The producers have developed a property specific pest management control program to target wild dogs and foxes and are using the FeralScan app to record incidents of livestock attacks, their implementation of control measures, and the outcomes from their coordinated control program.

The FeralScan app notifies members of the group whenever there is a report of a wild dog sighting or attack in the local area. It also notifies the local wild dog management controller.

“The immediate notification of the wild dog controller was seen as a key function of the app and had dramatically reduced the response time to the incident of wild dog attack within the group,” said Greg Mifsud. 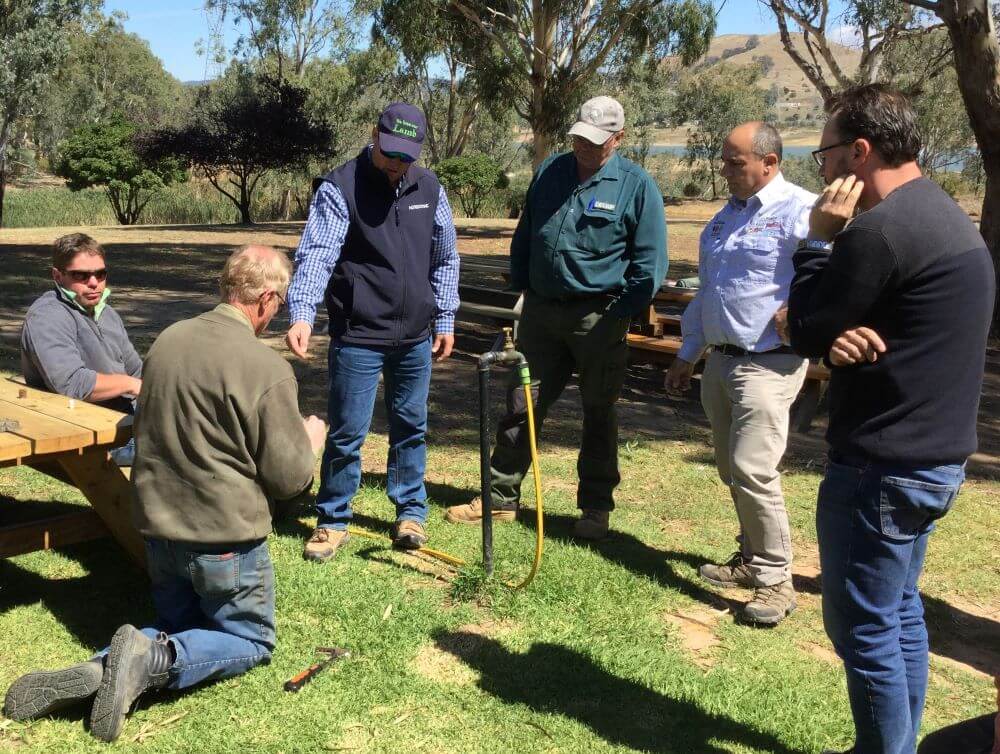 A recent meeting of producers revealed that the first-year results from the project were very promising, with an improvement in total lamb survival across their properties that ranged from two to five per cent. With more than 6,000 ewes scanned with either single lambs or twins, sustaining this increase in lamb survival rates could add significant dollars to the producers’ bottom line.

As part of the ‘Less Predators, More Lambs’ project, producers participated in several workshops with other interested local community members that focused on sheep management, the use of the FeralScan app, and training and accreditation in the use of 1080 baits.