The second of October marked an historic day in Mt Magnet, a little town at the heart of the Western Australian southern rangelands, with the hosting of the ‘Southern Rangeland Pastoral Roundtable’.

The event, held at the Mt Magnet Racecourse, and was attended by over 70 pastoralists, in addition to numerous representatives from government, universities, consultants, and industry. The goal of the day was to hear from pastoralists from throughout the southern rangelands, get updates from research and government bodies, conduct open ad frank Q&A panels, and hear from the WA Minister for Agriculture, Hon Alannah MacTiernan MLC. The day culminated with the formation of the Southern Rangelands Grower Group.

Well…. for me, the day also culminated in a short set from Adam Brand, Australian county music royalty, who came along to lend his support. 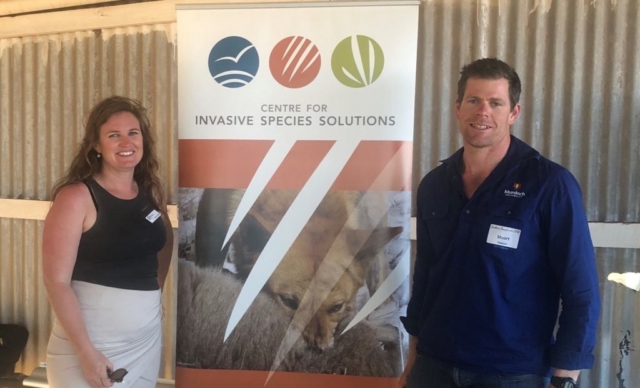 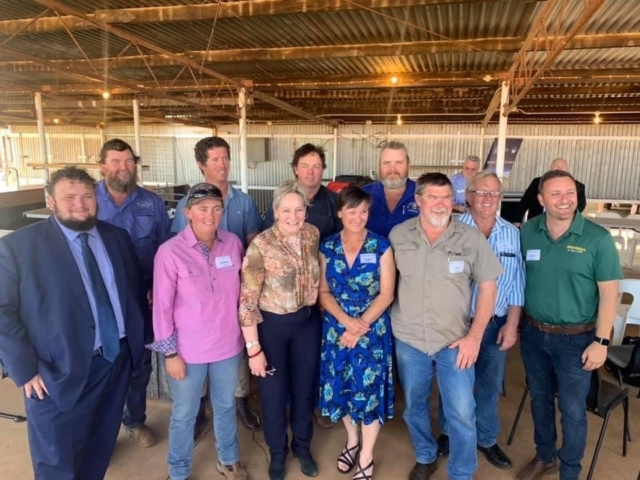 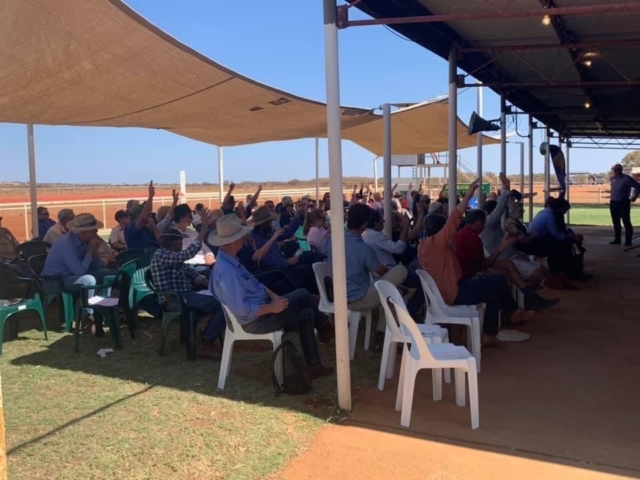 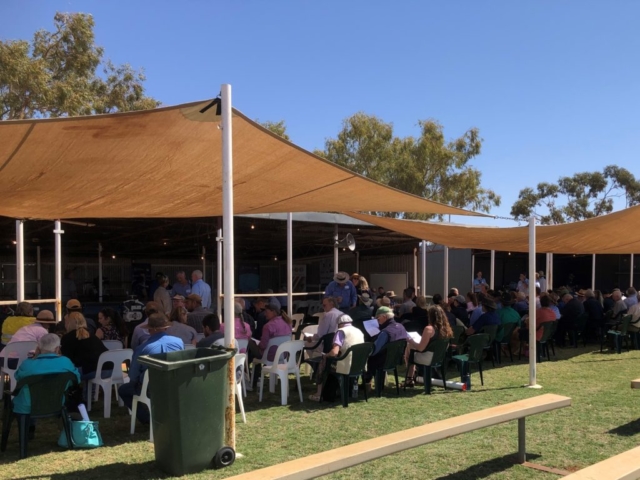 Pastoralism in the southern rangelands of WA has struggled under sustained pressure on multiple fronts. One of the common themes of the day was dismay at the effects of stock losses by wild dogs/dingoes, followed also by the impacts of sustained overgrazing, which is significantly increased by abundant populations of native herbivores, kangaroos. Many pastoralists were hopeful about the completion of the various cell fencing projects throughout the state, which are aimed at providing relief for pastoralists from wild dogs/dingoes, allowing them to run small stock rather than being ‘forced’ to run cattle. The day was especially valuable due to the range of management approaches represented, from running sheep inside well-maintained predator fences, running cattle in areas where very little dog management occurs, to carbon farming.

The driving force behind the organisation of the day was the Rangelands Fibre and Produce Association, lead by the secretary, Debbie Dowden, a pastoralist from Challa Station. Mrs Dowden is also a Masters Student from the University of New England, who is investigating the barriers to uptake of wild dog control efforts by pastoralists in the southern rangelands, supported by CISS. Under her leadership and facilitation, the Southern Rangelands Grower Group, and the interim committee of seven pastoralists, was formed, in an effort to provide a support network and advocacy for pastoralists.

Dr Tracey Kreplins, of the Department of Primary Industries and Regional Development, presented to the group on the research that she and her research partners at Murdoch University, supported by the Centre for Invasive Species Solutions, have been conducting on methods of dog control in the region. Dr Kreplins has been trialling the use of Canid Pest-Ejectors, exploring a range of survey techniques, investigating the genetics of dogs throughout the state, and assessing the efficacy of a range of non-lethal dog deterrents. Researchers at Murdoch University, supported by CISS, have been investigating the impacts of dog-proof fences on biodiversity, the effect of storage on 1080 baits, and the ability of wild dogs to detect and avoid the 1080 within baits.

The day provided a unique opportunity for build relationships that will inform my research, looking at the potential economic implications of the completion of the proposed cell fences in WA, including the benefit to both sheep and cattle producers, the impact on grazing pressure, and optimum pest management decisions for pastoral enterprises within cell fences in the face of uncertain climate and commodity prices.

In WA, pastoralists are fewer in number than many of our threatened species, making the large assembly at the Southern Rangelands Pastoral Roundtable a resounding success for the all involved. The excitement and optimism expressed by pastoralists, scientists and government made the day overwhelmingly positive, and builds on growing political and research momentum in support of the pastoral sector in the southern rangelands.

The large turnout was a testament to the desire of those involved to build relationships that allow them to improve the way they do things. Then, to top it off, many of those who travelled for long distances to attend the Saturday meeting, stayed for the Mt Magnet Races on the Sunday, drawing a record crowd.